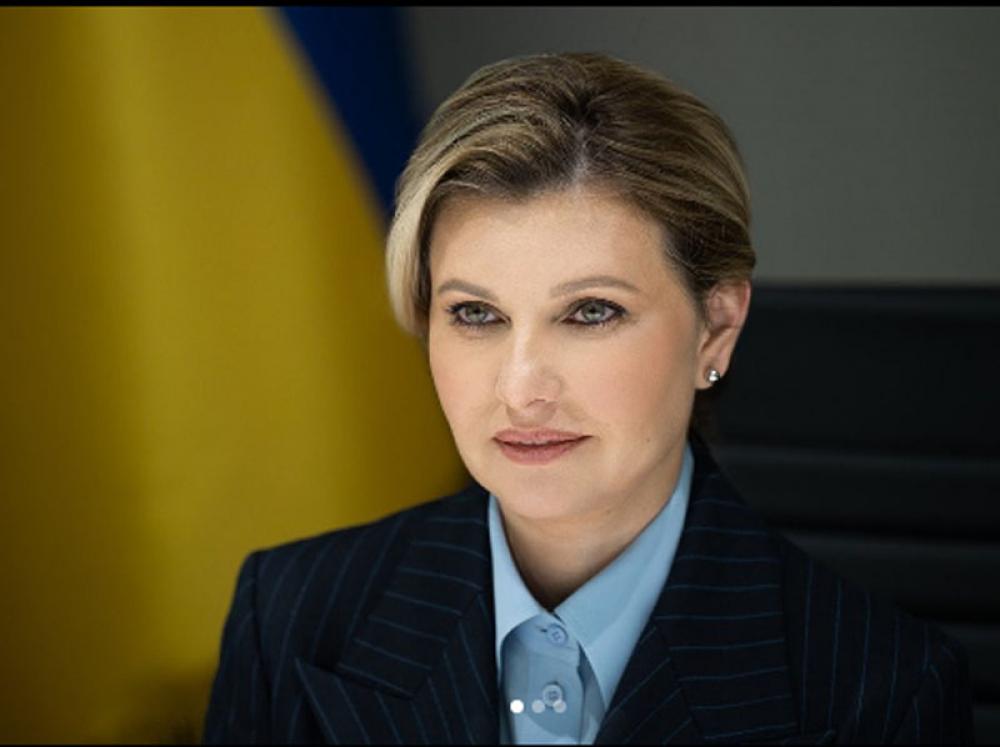 Kyiv:  Ukraine's First Lady Olena Zelenska has claimed that the  Russia is using sexual violence as "a weapon".

Speaking to Sky News, she said she wants British PM Rishi Sunak-led government and MPs to help "find and punish those who perpetrated the war crimes".

Zelenska claimed the youngest girl who was raped by the Russian occupiers was four years old and that the oldest survivor was 85.

Promising to raise her wish with the prime minister, Zelenska told Sky News: "And, of course, until justice is done, we will not feel safe."

"It's not an immediate solution. It can't be resolved just by a request. There's quite a complex number of players here, so that to start to kick-start the process," she said.

"But the key thing is that what we do hope that the prime minister's leadership will actually prevail and lead to the creation of this," she told the news channel.

In the south of Ukraine, people have no water, electricity or heat, and food is scarce, the UN Spokesperson said on Monday.

Updating journalists at a regular press briefing, Stéphane Dujarric recounted Humanitarian Coordinator Denise Brown’s visit over the weekend to Kherson and Mykolaiv where she assessed the humanitarian situation, met with authorities, and monitored the response provided by aid organizations.â€¯

She observed that although humanitarians are delivering vital aid, “the needs are immense”.

Brown saw first-hand how since the Government retook control of Kherson, supplies provided by the UN and partners have made a difference in the lives of people, the UN Spokesperson said.

“We expect that, with support of the authorities, we will be able to cover the basic needs of people who have stayed in the city, if we are able to sustain the same level of aid sent over the past two weeks”, he elaborated.

Meanwhile, the situation in Mykolaiv remains “critical” as the city continues to receive people fleeing Kherson – a trend that began when Russia first invaded Ukraine in February.

“Since the start of the war and until recently, Mykolaiv had been shelled almost daily, leaving some 250,000 people who remained in the city completely cut off from water supply and other essential services”, Dujarric told the journalists.

“Local authorities tell us that now, with the front lines moving further from the city, they are finally able to start to repair the water system”.â€¯â€¯

To help the people of Mykolaiv and those arriving from other places, donors are supporting humanitarian organizations by bolstering authorities as they prepare the city for the winter.

“Some heating points have already been established in Mykolaiv to help people who cannot heat their homes”, the Spokesperson said.

“Aid workers are providing supplies and generators to make these places functional”.

Although electricity is gradually being restored, water and heating supplies remain dire.â€¯â€¯

“We continue to be concerned about the plight of civilians in Ukraine especially as winter sets in”, said Dujarric, informing the media that the UN is working to “support people with services and supplies to make sure they can be protected and keep warm during these harsh months”.

He thanked donors for their “extraordinary” financial support to the Ukraine humanitarian response, saying that $3.1 billion of the $4.3 billion Flash Appeal for the year had been received.

“In order to maintain the momentum of the response and continuity of operations to support people across Ukraine over these cold winter months, continued funding is obviously critical”, he said.