News
Global Headlines
Iraq: Over 17 people injured in clashes between protesters and police in Baghdad 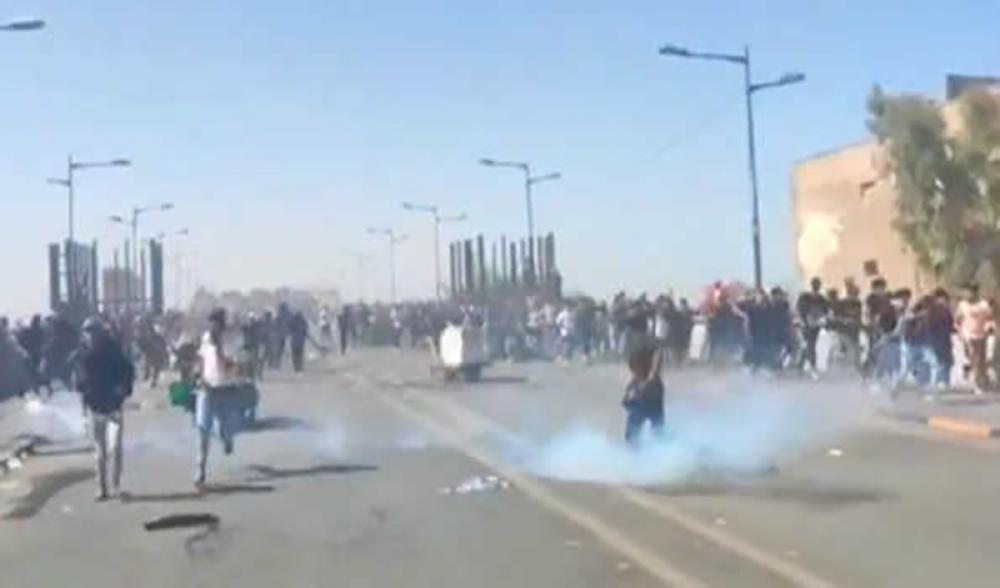 Baghdad: More than 17 people were injured on Saturday as result of skirmishes between protesters and police in the Iraqi capital of Baghdad, Iraqi broadcaster Al Sumaria reported, citing sources.

"Seventeen people, including six security officers, were injured due to stone-throwing and use of shotguns by protesters, as well as explosions of Molotov cocktails," the source was quoted as saying.

Two people who attempted to attack the police were arrested, the sources added.

Clashes especially violent erupted on the Republic Bridge in central Baghdad, as the police were trying to disperse protesters by using tear gas, according to the broadcaster.

Iraqi security forces began to prepare for demonstrations against the government in Baghdad on Friday, blocking a number of streets in the city. However, the office of Iraqi Prime Minister Mustafa al-Kadhimi instructed the police and security forces not to use weapons to disperse protesters.

Iraq has been facing a political deadlock since the parliamentary elections in October 2021. The political bloc of influential Shia cleric Muqtada al-Sadr won the elections but reverted to the opposition in May and stepped down in June after several unsuccessful attempts to form a government. In July-August, a series of mass protests took place in Baghdad resulting in violent clashes between Al-Sadr's supporters and security forces.

In late August. the situation began to return to normal after a speech by al-Sadr, who called on his supporters to leave Baghdad's so-called Green Zone, accommodating government buildings and foreign embassies, and stop armed confrontation with security forces and Shiite militias that joined them.

Occasional demonstrations and skirmishes continue to take place, however, as Iraq remains plagued by economic crisis, unemployment and other issues.