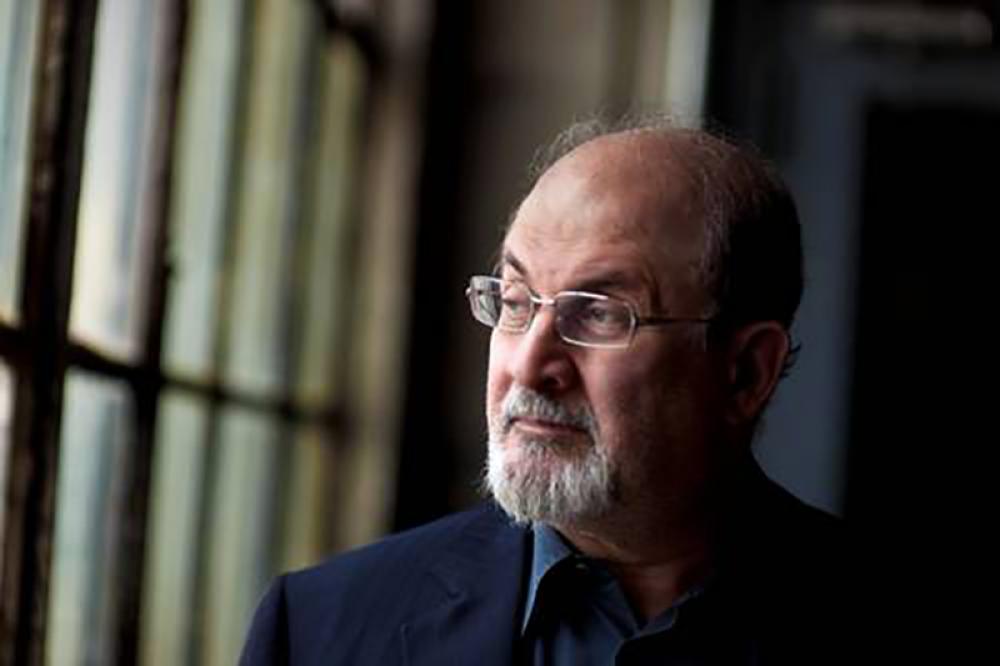 Rushdie's agent told the media that the nerves in the novelist's arm were severed, his liver was stabbed and damaged in the Friday attack at an event here.

Describing the attack as "appalling", White House National Security Adviser Jake Sullivan tweeted: "We’re all praying for his speedy recovery. And we’re thankful to good citizens and first responders for helping him so swiftly."

Rushdie was stabbed in the neck and torso onstage at a lecture in the city.

"What we experienced at Chautauqua today is an incident unlike anything in our nearly 150 years of history," New York State Police said. They have identified the attacker.

The winner of the world's top literary awards was stabbed at least twice on stage before a lecture he was to give at the Chautauqua Institution in western New York, State Police said.

"Our job right now is to continue to be a resource for Salman Rushdie's family. We are working with the FBI to understand the motto of this attack," the police added.

In an email to international media, Andrew Wylie, his book agent said: "The news is not good.

"Salman will likely lose one eye; the nerves in his arm were severed; and his liver was stabbed and damaged."

Rushdie was put on the ventilator following hours of surgery. He was airlifted to hospital after first aid on site.

The attack took place just before 9 pm (India time) minutes before he was to speak at the event.

Rushdie had fallen through a barrier to the stage and was seen clutching his wound with blood on his hands.

A number of people rushed to Rushdie’s aid and quickly pinned the attacker to the ground.

The audience tackled the attacker and Rushdie was then treated onstage following the assault.

The audience was then asked to leave the amphitheater calmly and quickly, an eyewitness told New York Times.

"The alleged attacker is currently in custody. He had a pass to be on the grounds of Chautauqua Institution's lecture. He has not been formally charged. The charges will depend on Rushdie's condition. He is currently hospitalized in Erie, Pennsylvania," the police said.

"I am really shocked. I never thought it would happen. He has been living in the West, and he has been protected since 1989. If he is attacked, anyone who is critical of Islam can be attacked. I am worried," said author Taslima Nasreen.

The man who stabbed "Midnight's Children" author was identified as 24-year-old Hadi Matar from New Jersey.