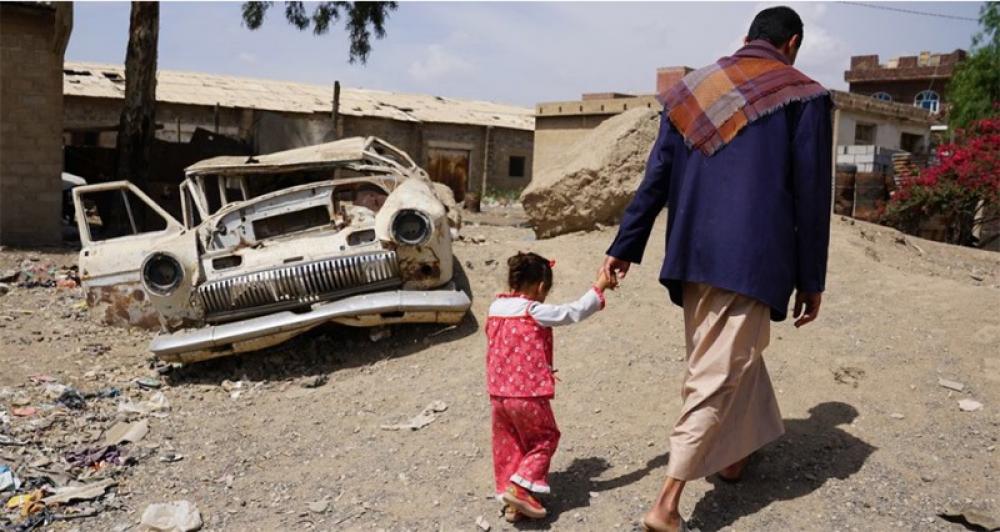 New York: Although the UN-brokered truce between the Yemeni Government and Houthi rebels continues to hold, the key issue of road openings remains outstanding, while the country’s “humanitarian catastrophe” is set to worsen, the Security Council heard on Monday.

Ambassadors were briefed by Hans Grundberg, the Secretary-General’s Special Envoy for Yemen, and Joyce Msuya, the UN deputy relief chief.

Mr. Grundberg outlined achievements in the more than three months since the nationwide truce was announced, the first in six years, as well as continuing challenges making the agreement a reality on the ground.

‘Immersed in the details’

The agreement is up for renewal in just three weeks, and the envoy will continue his engagement towards pushing it forward.

“Three and a half months into the truce, we still find ourselves immersed in the details of the truce implementation,” he said, speaking via video link from Amman, Jordan.

“This is important. But it has meant we have not been able to invest as much in the task of consolidating and expanding the truce in order to deliver more benefits to the population and set Yemen on the path toward a durable political settlement.”

The two-month renewable truce was announced in April, coinciding with the start of the holy month of Ramadan.  It was extended for an additional two months in June.

During this time, Yemen has witnessed a “significant reduction” in civilian casualties, Mr. Grundberg reported.  Numbers have reduced by two thirds compared to the three months before the truce began.  Today, conflict-related civilian casualties are mostly due to landmines and unexploded ordnance.

The UN continues to receive reports from both sides about alleged incidents such as direct and indirect fire, drone attacks, reconnaissance overflights, and the establishment of new fortifications and trenches. The parties are also allegedly sending reinforcements to some of the main frontlines, including in Ma’rib, Hudaydah, and Taiz.

Last week, military representatives held their latest meeting to discuss the formation of the so-called Joint Coordination Room that will be tasked with de-escalating incidents. They also appointed a working group to consolidate proposals.

The truce renewal has also allowed the continued flow of fuel into critical Hudaydah port, the access point for most goods coming in to Yemen. Imports have helped to avoid disruptions in essential public services that depend partly on fuel, such as water, healthcare, electricity, and transportation.

Addressing freedom of movement, Mr. Grundberg had hoped the parties would by now have reached agreement to open roads in Taiz and other governorates.

“Opening roads is not only about easing humanitarian suffering and removing restrictions,” he said. “It is also about beginning to normalize the conditions of everyday life for Yemenis, including education, work, health services, and the overall economy.”

Recently, “different sides” have announced their own take on road openings, but the envoy underlined the need for the parties to work together through the UN-facilitated process.

“While unilateral action could be a step in the right direction, agreement from both sides is important because road openings require coordination and ongoing communication to ensure that roads are opened safely and sustainably for civilian passage,” he said.

Mr. Grundberg further reported that the last weeks have seen “worrisome escalatory rhetoric” by the parties over the benefits of the truce, describing it as “a dangerous move”. He urged the sides to refrain, and warned of what is at stake.

“Let us be clear, the alternative to the truce is a return to hostilities and likely an intensified phase of conflict with all of its predictable consequences for Yemeni civilians and regional security,” he said.

The UN envoy will continue to work with the parties on the possibility of a longer extension and an expanded truce agreement. This would provide the time and opportunity to start serious discussions on the economy, security, and other priority issues.

While the truce represents a landmark step forward, it alone will not be enough to stop a potential sharp rise in humanitarian needs in Yemen, including risk of famine in some areas.

That was the stark message Ms. Msuya delivered to the Council. “Yemen’s humanitarian catastrophe is about to get much worse,” she said, calling for greater international action.

Needs are rising including due to collapsing exchange rate but also the war in Ukraine, which is threatening the supply chains to a country where nearly 90 per cent of all food is imported.

The operating environment for humanitarians is also becoming more difficult and dangerous.

“Intimidation and incitement against aid agencies have continued across Yemen. This is being fuelled by misinformation amplified through social media, messaging apps and in some public forums,” she said.

However, funding is their biggest problem as a humanitarian response plan for the country is less than 30 per cent funded.  Agencies like the World Food Programme (WFP) have been forced to cut rations for millions, even though hunger is worse than ever.

Funds for other urgent priorities are also lacking, including for a $144 million UN plan to address the threat posed by the decaying SAFER oil tanker.  The vessel, moored off Yemen’s Red Sea coast, is holding more than a million barrels of oil and is at risk of breaking apart or exploding.

Additionally, the UN Verification and Inspection Mechanism that facilitates commercial imports, is also running out of money and will shut down in September, “casting even more uncertainty onto already battered supply chains for food, fuel and other essential goods.”

“We could not agree more. We also hope the resources – political and financial – will be available to deliver what we all agree is urgently needed.”