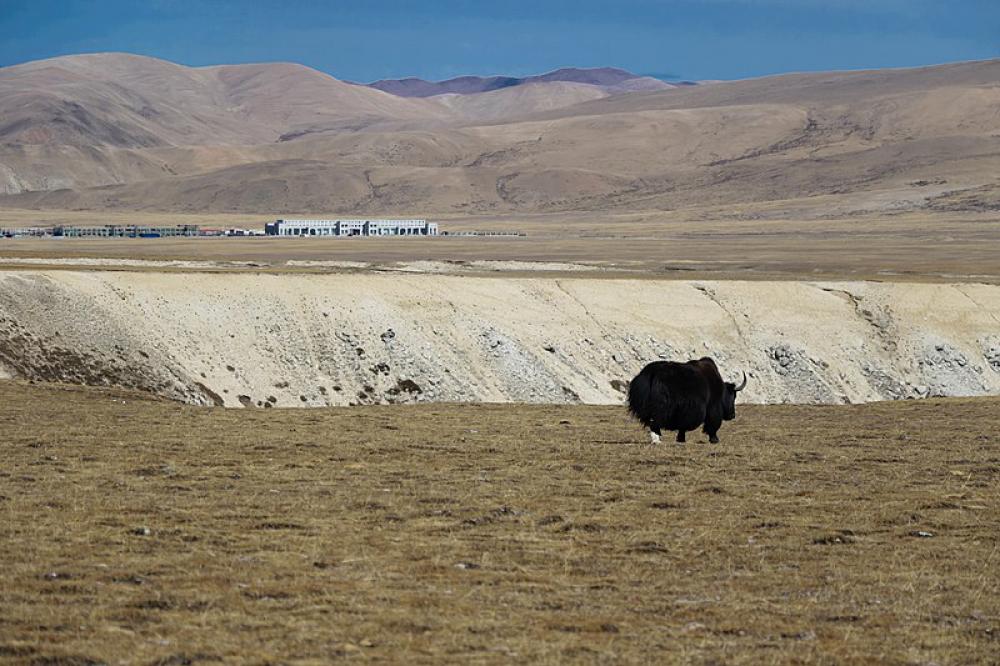 File image of a China-Nepal border from Wikimedia Commons/Aulalian34

During the protest, demonstrators chanted slogans like “Go back China”, “Put an end to Chinese expansionism”, “Return encroached land”, “Halt Chinese intervention”, and “End the undeclared blockade against Nepal”, among others.

After reaching New Baneshwor, the rally turned into a corner meeting that was addressed by the Abhiyan’s national Chairperson Binay Yadav.

Chair Yadav expressed outrage against Nepali administration for being a mute spectator to Chinese construction of fences and physical infrastructure in no-man’s land.

Locals added that China also setup closed circuit television cameras in the area and has been monitoring the situation.