News
Global Headlines
Amidst escalating needs and soaring hunger, refugees caught in the eye of the perfect storm 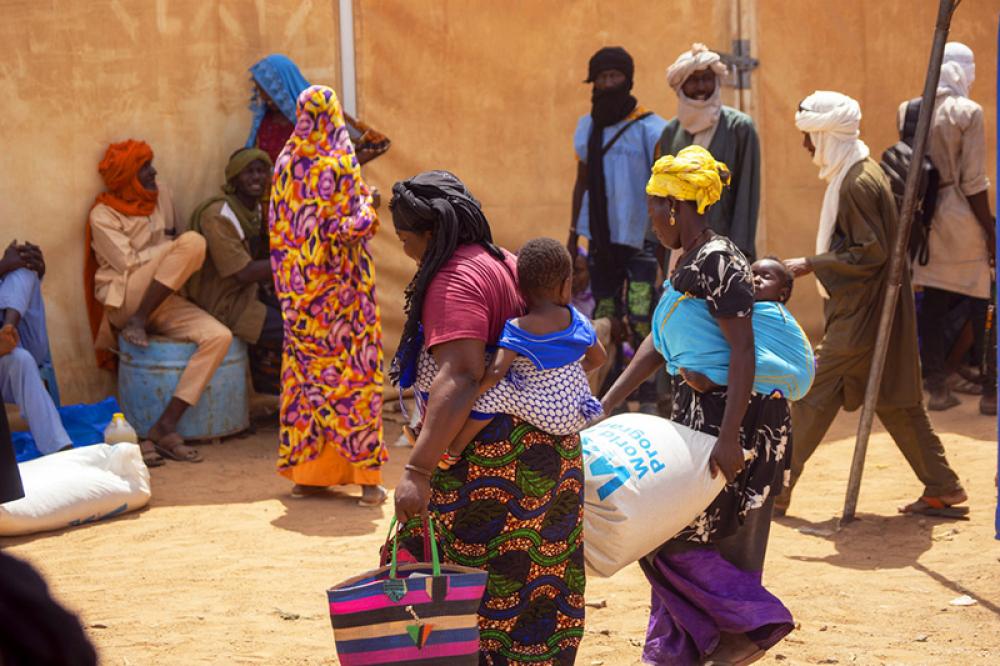 “As global hunger soars way beyond the resources available to feed all the families who desperately need WFP’s help, we are being forced to make the heart-breaking decision to cut food rations for refugees who rely on us for their survival,” said David Beasley, Executive Director of the World Food Programme (WFP).

Africans on the brink

The sombre warning comes as WFP has already been forced to significantly reduce rations to refugees across its operations.

Ration cuts of up to 50 per cent are affecting three-quarters of all refugees supported by WFP in Eastern Africa, with those living in Ethiopia, Kenya, South Sudan and Uganda most affected.

Severe funding constraints in West Africa, where hunger has reached a record high in a decade, have forced WFP to significantly reduce rations for refugees living in Burkina Faso, Cameroon, Chad, Mali, Mauritania and Niger.

Despite generous support from donors, resourcing remains insufficient to meet the very basic needs of refugee households and imminent disruptions are expected in Angola, Malawi, Mozambique, Republic of Congo, Tanzania and Zimbabwe.

“Without urgent new funds to support refugees – one of the world’s most vulnerable and forgotten groups of people – many facing starvation will be forced to pay with their lives,” Mr. Beasley warned.

Hamstrung by funding constraints, WFP is having to prioritize assistance to ensure that vital food reaches the most vulnerable families first – often leaving refugees without support at a time where food assistance is the difference between life and death.

As WFP is forced to institute ration reductions to stretch limited resources, this year saw an additional six million refugee movements from Ukraine.

In response, WFP in Moldova has delivered nearly 475,000 hot meals to affected families across 31 different localities.

According to the latest figures released by the UN refugee agency (UNHCR), 67 per cent of refugees and asylum seekers have originated from countries with food crises in 2021.

This, coupled with devastating conflict and climate extremes, is hitting refugees the hardest.

While the immediate needs of refugees remain WFP’s top concern, more than ever there is also a need now for sustained investments in programmes that foster the self-reliance of refugee populations.

WFP, together with partners and governments, is working towards building and supporting livelihood and resilience programmes for refugees.