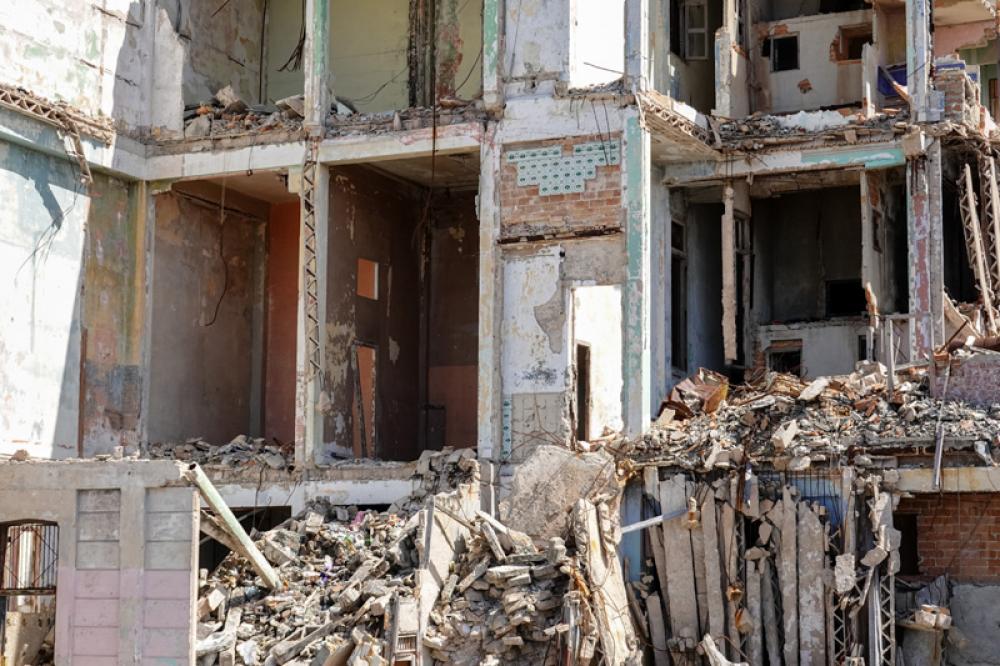 Five people have been rescued so far.

Rescue operation is currently going on.

The site being built in Lagos Island is thought to have caved in during heavy rainfall, reports BBC.

Oluwafemi Oke-Osanyintolu, head of the Lagos State Emergency Management Agency, told BBC that despite the site being sealed off the developer continued to carry out work at nights and on weekends.

The developer of the building did not comment on the mishap so far.