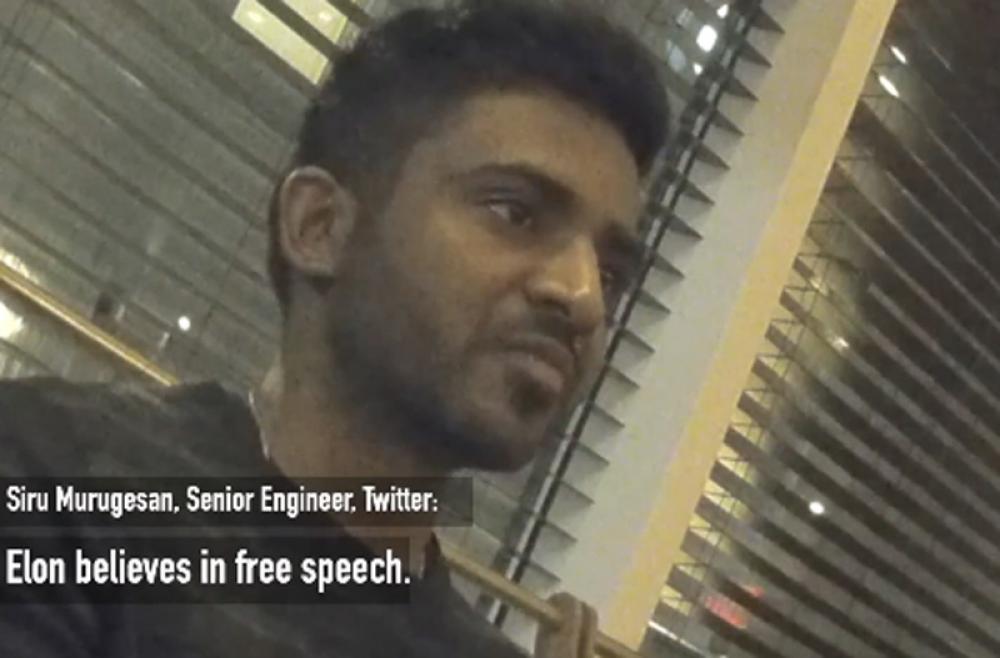 A man, who has been described as an engineer in Twitter, has said in a video that the micro-blogging site does not believe in free speech and the culture of the company is "extremely far left".

An American far-right activist group Project Veritas has released a video where the man, who was identified as senior Twitter engineer Siru Murugesan, made several claims about the micro-blogging site.

He said the company has a very strong left-wing bias.

In the video, which has gone viral on the social media platforms,  said the company culture at Twitter is "extremely far left".

Speaking on the issue of Tesla chief's plan to buy Twitter, he said his co-workers have expressed the opinion that it would be their last day 'if this happens'.

Meanwhile, Tesla chief Elon Musk on Friday announced  his $44bn deal to buy micro-blogging site Twitter  is on hold after he queried the number of fake or spam accounts on the social media platform.

Musk has been vocal on cleaning up spam accounts, reports BBC.

However, analysts speculated he could be seeking to renegotiate the price or even walk away from the takeover, the British media reported.