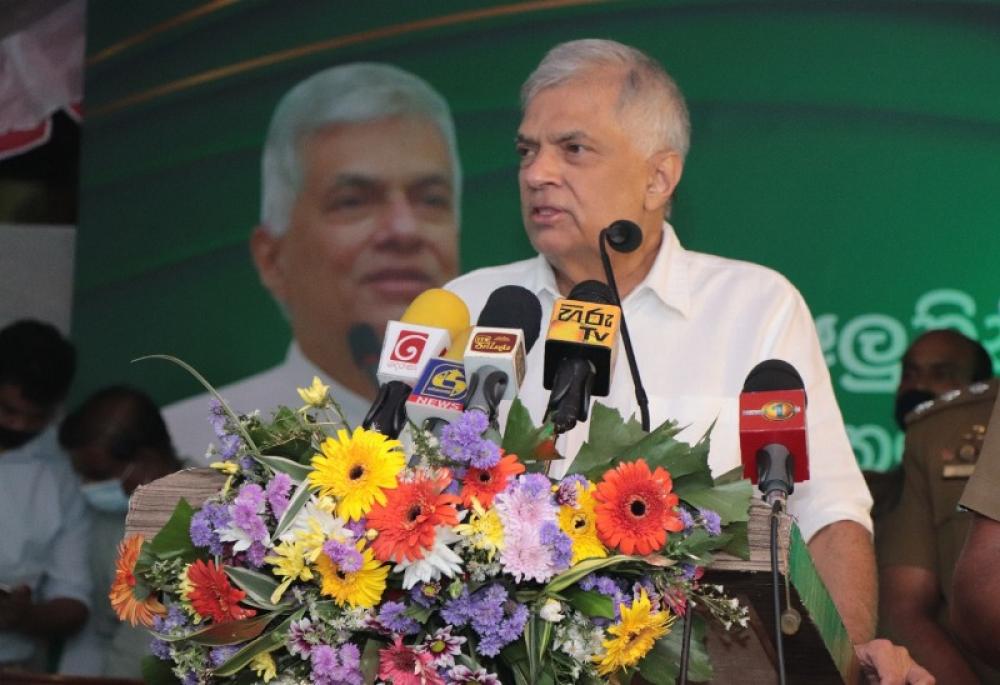 The oath of office for the 73-year-old was administered by the President, who on Wednesday announced that he would appoint a Prime Minister and that the cabinet would be put in place by this week.

My best wishes to the newly appointed PM of #LKA, @RW_UNP, who stepped up to take on the challenging task of steering our country through a very turbulent time. I look forward to working together with him to make Sri Lanka ðŸ‡±ðŸ‡° strong again. pic.twitter.com/ysIZGH3wfA

“Congratulations to the newly appointed Prime Minister of #lka, @RW_UNP. I wish you all the best as you navigate these troubled times.”

Congratulations to the newly appointed Prime Minister of #lka, @RW_UNP. I wish you all the best as you navigate these troubled times.

Wickremesinghe, a former prime minister, is to head a unity government with cross-party support in the 225-member Sri Lankan parliament.

Mahinda Rajapaksa on Monday resigned as the Prime Minister of the country, paving the way for more political chaos in the country, hit by a massive economic crisis.

Last night, President Gotabaya Rajapaksa pledged to give up most of his executive powers and set up a new cabinet this week.

However, protesters even demanded Gotabaya Rajapaksa's resignation from the post of president.

The main opposition SJB party was initially invited to lead a new government, but its leader Sajith Premadasa insisted that the president first step down, then about a dozen MPs from the SJB pledged support to Wickremesinghe, 73, who has been prime minister for five times since 1993 and is seen as a pro-West free-market reformist.

Amid widespread shortages of food and fuel, soaring prices of essential commodities and hours-long power cuts, there have been massive protests across the island nation over the government's handling of the situation.

On Monday, groups of pro and anti-government activists clashed in Colombo, triggering a curfew and a state of emergency across the island.

Protesters had sprayed graffiti over Mahinda Rajapaksa's home and ransacked a museum dedicated to his father.

Following the protests, he took refuge in Trincomalee naval base.

In his address on Wednesday, President Rajapaksa had said to "control the current situation, and prevent the country from heading towards anarchy".