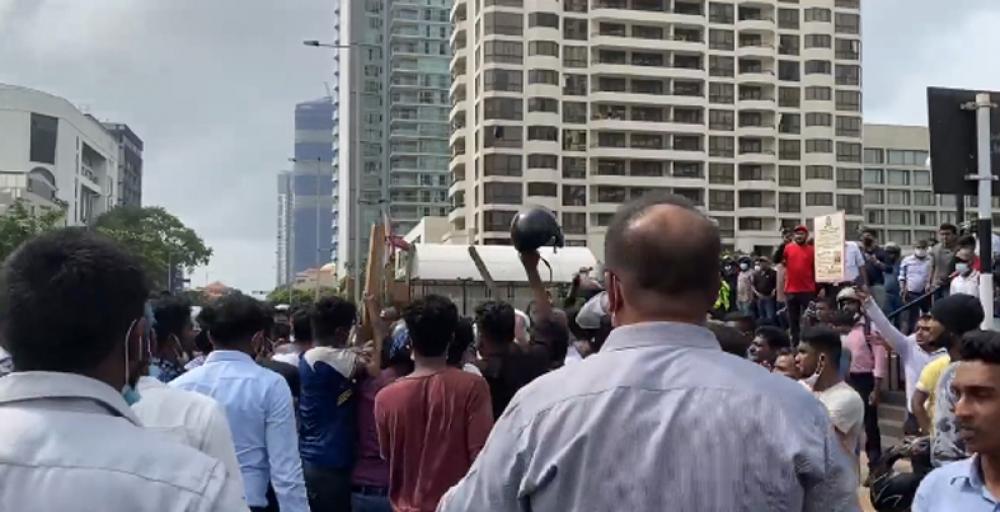 Tension prevailed in Sri Lanka as arson attacks continued for the second straight night on Tuesday in the country, media reports said.

According to reports, properties were damaged in Negombo town.

A mob torched a luxury holiday resort owned by the son of the former Prime Minister, Mahinda Rajapaksa, reports BBC.

Tensions heightened in Sri Lanka, which is witnessing an economic crisis, when  government supporters attacked protesters who wanted President Gotabaya Rajapaksa to quit.

Eight people have died in the nation so far.

Sri Lanka is witnessing tension and protests for weeks over the economic crisis.

The country is also seeing severe food and fuel shortage.

President Gotabaya Rajapaksa has urged all Sri Lankans to reject "subversive attempts" to push people towards racial and religious disharmony.

He tweeted: "This is the time that all Sri Lankans join hands as one, to overcome the economic, social and political challenges.

"I urge all Sri Lankans to reject the subversive attempts to push you towards racial and religious disharmony. Promoting moderation, toleration and coexistence is vital," he added.