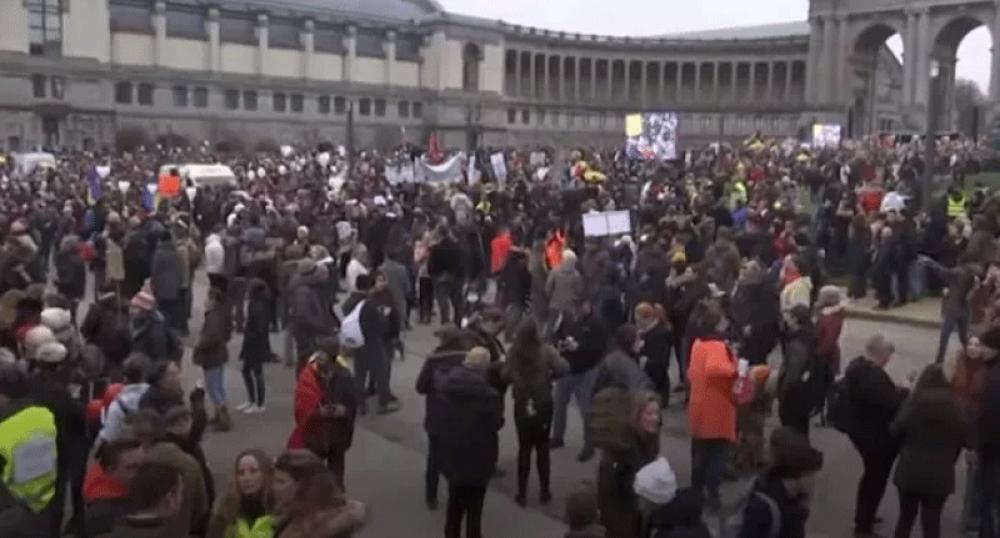 Some 50,000 people staged the protest in the streets of the Belgian capital, according to authorities on Sunday.

The police made about 70 arrests.

"Difficult day today in Brussels. Nothing can justify the physical attacks of which the police have been victims. In consultation with the king's prosecutor, we will do everything to identify the perpetrators," Brussels mayor Philippe Close tweeted.

The organisers, whose main request is said to obtain a "real public debate on the measures," had also invited protesters from other European countries. Dutch, Polish, French and Romanian flags could be seen in the crowd.

The number of Covid-19 infections continued to rise sharply in Belgium.

The government on Friday announced the introduction of a coronavirus barometer to gauge the seriousness of the pandemic.

The barometer, consisting of three color codes, will come into effect on Jan. 28.