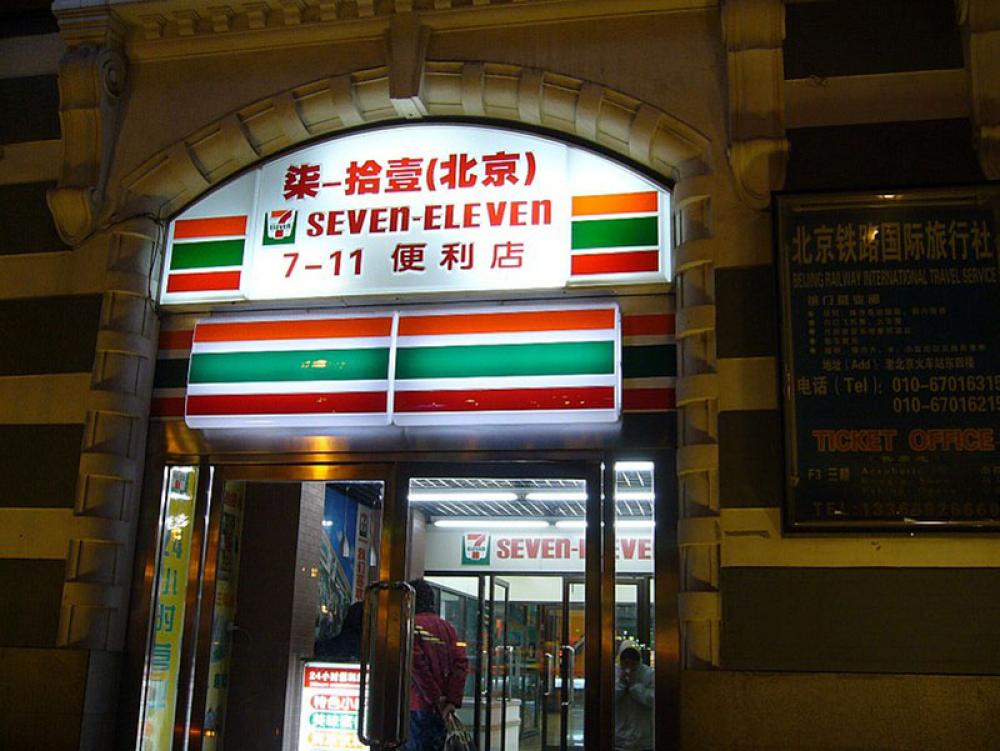 File photo of a 7-Eleven store in Beijing, by Bergmann via Wikimedia Creative Commons

Beijing: The local authorities in Beijing have fined retail chain 7-Eleven for recognizing Taiwan as an independent nation on its website.

According to reports, Tokyo-based Seven&i Holdings owned convenience store chain, 7-Eleven, has been fined 150,000 yuan ($23,500) by the Chinese authorities.

Beijing is actively cracking down on any instances of giving legitimacy to Taiwan as a nation state in light of the One-China policy which maintains that there is only one sovereign state under China, and Taiwan is a part of China, as opposed to there being two separate states, i.e., the People's Republic of China (PRC) and the Republic of China (ROC).

Many popular corporations operating in China have on previous occasions removed any mention of Taiwan as a separate nation state from their websites, and on certain occasions even tendered official apologies after depicting the Chinese map without featuring Taiwan as part of Chinese territory.

Companies including Gap, Daimler AG, United Continental Holdings, ANA Holdings have backed down after depicting Taiwan as a separate nation.

In May 2018, Gap Inc. had to officially apologize after selling a T-shirt on their retail outlets which depicted an incorrect map of China after social media users in China pointed out how certain Chinese-claimed territories, including south Tibet, the island of Taiwan and the South China Sea were omitted.

The fine and warning to Seven&i Holdings was issued in December last year as per a government-linked credit information website.

The report on the website highlighted how the company further failed to describe certain South China Sea islands by their Chinese names as well as the disputed Diaoyu islands, known as Senkaku in Japan.

The Tsai Ing-wen led Taiwanese government has all along asserted that the island nation is a sovereign state and awaits global recognition by major countries. It refuses to accept the Beijing position of inclusion of Taiwan as a Chinese territory.

The government has however refrained from an official declaration of independence to avoid triggering a war.

These apologies come after China has been stepping up its efforts to police and monitor language used to describe Taiwan, among other Chinese-claimed territories.

Taiwan and its legitimacy is a highly sensitive territorial issue in China as Beijing considers the province as a self-ruled democratic island which has been governed separately since 1949.

China also objects to any references of Hong Kong and Macau being separately governed independent states, even though they are special administrative regions with greater autonomy.

The United States has been highly proactive in recognizing Taiwan’s legitimacy as an independent state.

Donald Trump during his administration pushed for a renewed US-Taiwan relationship which was carried forward by the Biden administration when in January 2021, US Secretary of State Mike Pompeo lifted off administrative restrictions and eased contact guidelines between US and Taiwanese officials.

Trump had personally congratulated President Tsai Ing-Wen who won the January 2020 Taiwanese election by a landslide.

The Trump administration had also supported Taiwan by providing them with arms and defensive material accompanied by recurring visits of US officials to Taipei.

This was welcomed by Taiwan as China seeks to place dozens of warplanes into Taiwan’s air defense identification zone across the median line in the Taiwan Strait.

Taiwan’s unprecedented success in countering the Covid-19 pandemic has also earned them public appreciation among the international community and particularly the US, who has been vocal of Taiwan’s efforts to be included in the WHO, a move China has constantly resisted.

In December 2021, the Taiwan Affairs office in China addressed a media conference where its spokesperson, Ma Xiaoguang, stated that "If separatist forces in Taiwan seeking independence provoke, exert force, or even break through any red line, we will have to take drastic measures.

According to Nikkei Asia, Seven&i Holdings has promised to prevent a similar occurrence in the future.