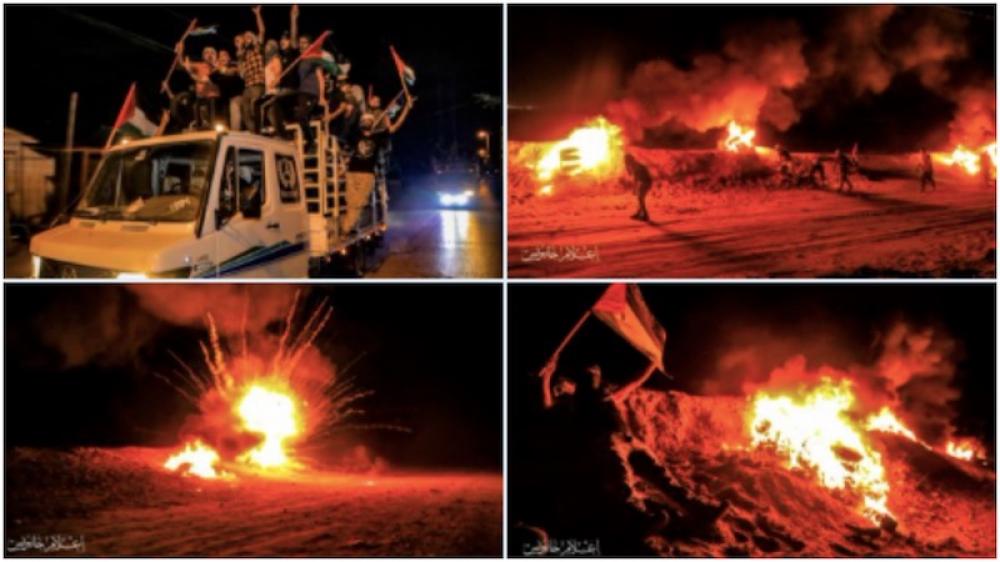 Gaza/JEN: A Palestinian youth was killed and at least five others were injured, including one seriously, in a clash with the Israeli Defense Forces (IDF) during a violent protest along the Gaza-Israel border on Thursday night, The Times of Israel reported citing Hamas-run health ministry in Gaza.

Associated Press (AP) reported that thousands of people had gathered and staged demonstrations at multiple locations along the Israeli border, and in some places, agitators turned violent and engaged in clash with the IDF.

Hamas-run health ministry in Gaza says one Palestinian was killed, 5 wounded, including one seriously, from IDF fire during the violent demonstrations on the border tonight. Another 10 Palestinians were hurt from tear gas. pic.twitter.com/cRlXzRy5c8

A Palestinian, who has been identified as 26-year-old Ahmad Mustafa Saleh, was shot dead as IDF opened fire during the clashes near Jabalya in the northern Gaza strip, AP reported quoting local health officials.

A spokesperson for the IDF says over 1,000 Palestinians gathered at a number of locations on the Gaza border tonight, set fire to tires and hurled explosive devices. Troops responded with riot control means, and sniper fire. The demonstrators have all dispersed.

The Israeli military said that IDF had opened fire after demonstrators hurled explosive devices at its soldiers.

ðŸ‡µðŸ‡¸#Palestine || The marty.rdom of the Palestinian young man Ahmad Saleh (26) after shooting him by the Israeli occupation forces during the night confusion activities, to the east of Jabalia, in the northern of Gaza. pic.twitter.com/mOERXGslXY

According to reports by the Times of Israel, 10 more protesters have been hurt from tear gas lobbed by the IDF to disperse demonstrators.

According to Haaretz, the 26-year-old is the third Palestinian to die in recent protests. The two other victims were a 12-year-old boy and a Hamas militant. An Israeli sniper has also been killed, said reports.