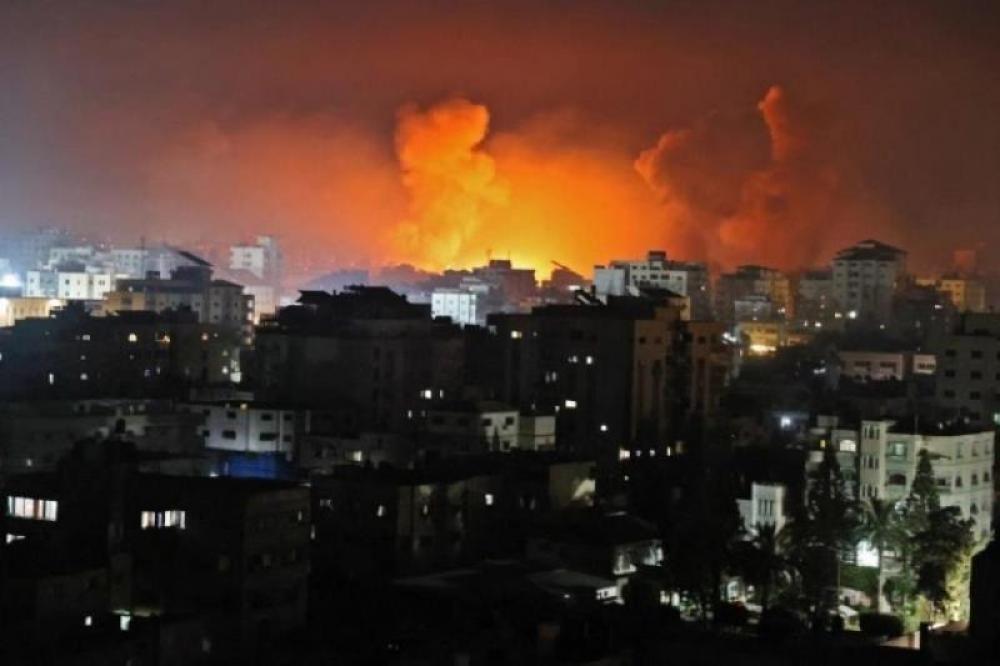 This is the first major flare up since an 11-day conflict less than a month ago.

The incendiary balloons caused 20 fires in open fields in communities in Southern Israel but there were no casualties on either side and calm was restored by Wednesday morning, media reports added.

In retaliation by the Israel Defense Forces (IDF), Hamas compounds in Gaza city and the southern town of Khan Younis were targeted.

The army said it was "ready for all scenarios including renewed fighting in the face of continued terrorist acts emanating from Gaza", reported BBC.

Reuters news agency quoted a Hamas spokesperson saying Palestinians would continue to pursue "their brave resistance and defend their rights and sacred sites in Jerusalem."

Condemning the fire balloon launch, Israel informed Egyptioan mediators that direct involvement of Hamas in the attack would be a setback in the long term peace talks, Israel's Army radio reported, according to BBC.

However, this is not the first incident when the militants have launched incendiary balloons. In the past few years, they have been frequently sending helium balloons and kites carrying containers of burning fuel and explosive devices over the Gaza border, said the BBC report.

Such attacks have caused hundreds of fires in Israel, damaging thousands of hectares of forest and farmland, it added

Last night's Israeli air strikes were the first after Naftali Bennett took over as the office of prime minister of Israel after the opposition in the country unseated Benjamin Netanyahu following a 12 year run at the office.

According to the BBC report, a  march was approved by the new government through East Jerusalem. Thousands of people, mostly young Israeli nationalists danced and sang, waving flags in front of the Old City's Damascus Gate, the main entrance to the Muslim Quarter.

The Jerusalem Day flag march is an annual event that marks Israel's capture of East Jerusalem - home to the Old City and its holy sites - in the 1967 Middle East War. This is viewed by Palestininans as a provocation, it added.

Further, during the march, they entered through another gate to reach the Western Wall, one of Judaism's holiest sites, the BBC report informed.

While Israel's Centrist foreign minister Yair Lapid praised the government for the march, he condemned racist slogans made by a group of marchers.

"The fact that there are extremists for whom the Israeli flag represents hate and racism is abominable and intolerable," said Lapid, the report informed. "It is incomprehensible how one can hold an Israeli flag in one's hand and shout 'Death to Arabs' at the same time."

Palestininas accused Israel of violent and discriminatory policing to clear the area for the march, the report added.

Police said 17 people were arrested and two policemen were lightly injured in the scuffle, it added.