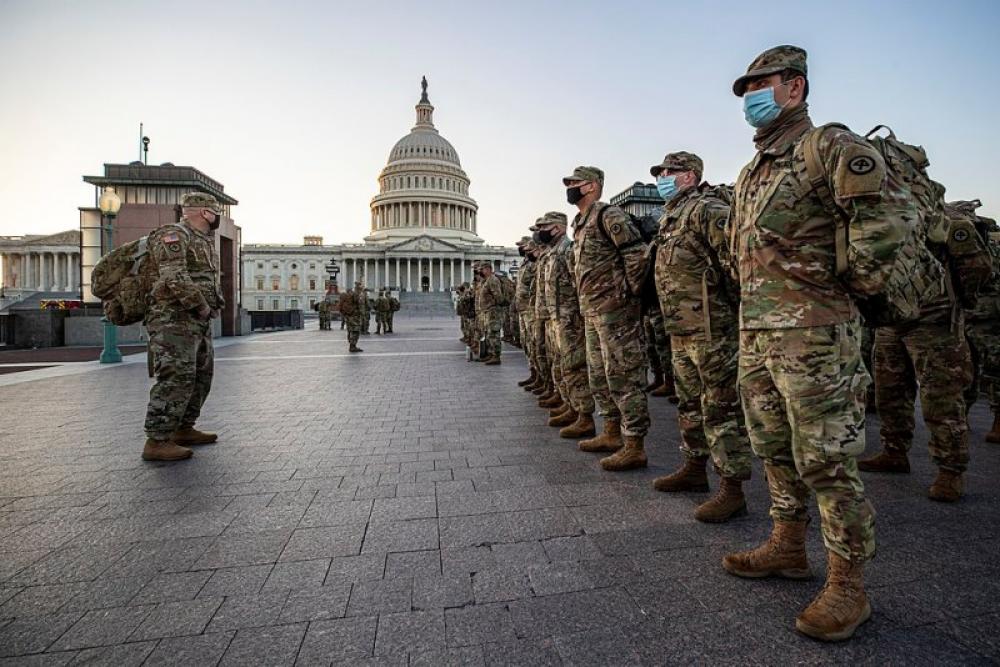 Washington DC: Security in the US Capitol has been bolstered to counter a possible plot to breach the facility, reports said.

The move came after an intelligence report suggested "potential threats towards members of Congress or towards the Capitol complex" on March 4 by an unnamed militia group.

The House of Representatives has canceled its Thursday session, while the Senate will remain in session.

"The United States Capitol Police Department is aware of and prepared for any potential threats towards members of Congress or towards the Capitol complex. We have obtained intelligence that shows a possible plot to breach the Capitol by an identified militia group on Thursday, March 4. We have already made significant security upgrades to include establishing a physical structure and increasing manpower to ensure the protection of Congress, the public and our police officers," a statement from the US Capitol Police read.

"Our Department is working with our local, state, and federal partners to stop any threats to the Capitol. We are taking the intelligence seriously. Due to the sensitive nature of this information, we cannot provide additional details at this time," it added.

Reports said that March 4 is an important date for far-right conspiracy theorists. They believe that the former US President Donald Trump will return to power on that day.

Until 1933, US Presidents were inaugurated on March 4. It was moved to January 20 following the 20th Amendment to the Constitution.

Earlier in January 6, hundreds of Donald Trump supporters stormed the US Capitol in protest of Joe Biden's win in the presidential elections in 2020.

More than 300 people have been charged so far by the US justice department for taking part in the attack and vandalising the property. Several of those arrested include members of the right-wing militia groups the Oath Keepers and the Three Percenters.