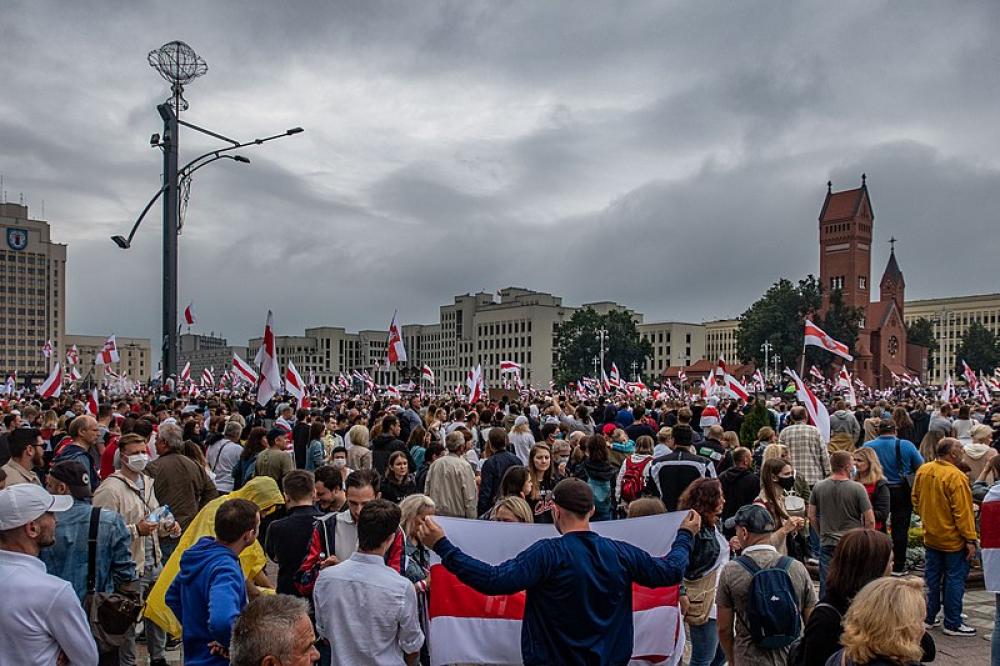 Minsk/Sputnik: The police, internal military troops and OMON Special Task Force have been arriving at the center of Minsk, where another large-scale unauthorized protest rally is expected to be held later in the day, a Sputnik correspondent reported on Sunday.

Since early morning, the traffic police patrols have started to block traffic in the streets adjacent to Independence Avenue, one of Minsk’s major arteries.

The Avenue itself is still open for traffic. At 07:40 GMT, a large convoy of the security forces’ vehicles, among which were personnel trucks, police buses, water cannons and a barrier complex Rubezh, headed to the city’s center through the Avenue.

Earlier in the day, people wearing military uniform have installed a barbed wire fence around Minsk Hero City Obelisk, which is often passed by protest rallies on Sundays.

Unlike the previous Sunday rally, the participants of which moved along Partizansky Avenue towards the city’s outskirts, this time the protesters planned to march through the central streets.

The Belarusian law enforcement agencies have warned that the organization of and participation in unauthorized protests is punishable by law.

This Sunday marks the termination of a 13-days ultimatum, which was put forward on October 13 by ex-presidential candidate Svetlana Tikhanovskaya to President Alexander Lukashenko. Tikhanovskaya warned that the opposition would start a nationwide strike on October 26, if Lukashenko did not resign.

Mass opposition protests have been ongoing in Belarus since the August 9 presidential election in which the incumbent leader, Alexander Lukashenko, secured his sixth consecutive term. The opposition has refused to recognize the official results and continues regular rallies.