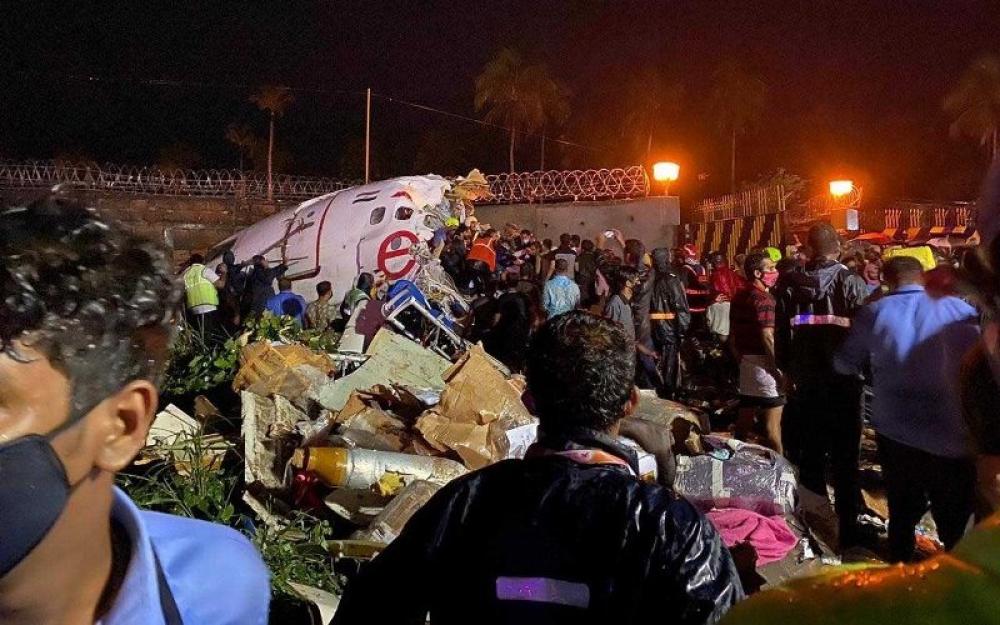 The flight was operated under the Vande Bharat Mission to help repatriate Indians stranded amid the pandemic.

Delhi: At least 18 people were killed after an Air India Express plane with 190 people on board crashed and split into two in southern India's Kerala on Friday.

The incident took place at the Calicut Airport, reports said.

The Boeing 737 was coming from Dubai, ferrying Indians stranded in the Middle Eastern nation due to the Covid-19 pandemic.

It was operating under the Vande Bharat Mission to help bring back stranded Indians amid the pandemic.

Among the deceased are the two pilots, a statement from the aviation company said.

It added that the four cabin crew members are safe.

The flight was carrying 184 passengers, including 10 kids, and six crew members, reports added.

According to latest reports, the crashed plane's black box has been found. It will help the investigating team understand the cause of the crash better.

The pilots had aborted the first landing as they deemed it unsafe while heavy rains lashed the facility. It crashed during the second attempt after the aircraft overshot the runway.

The plane plunged down 35 feet before splitting into two, said reports.

Meanwhile, condolences have poured in for the victims.

Indian Prime Minister Narendra Modi said he was 'pained by the accident'.

Pained by the plane accident in Kozhikode. My thoughts are with those who lost their loved ones. May the injured recover at the earliest. Spoke to Kerala CM @vijayanpinarayi Ji regarding the situation. Authorities are at the spot, providing all assistance to the affected.

The nation's External Affairs Minister, S Jaishankar, tweeted, "Deeply distressed to hear about the Air India Express tragedy at Kozhikode. Prayers are with the bereaved families and those injured. We are ascertaining further details.