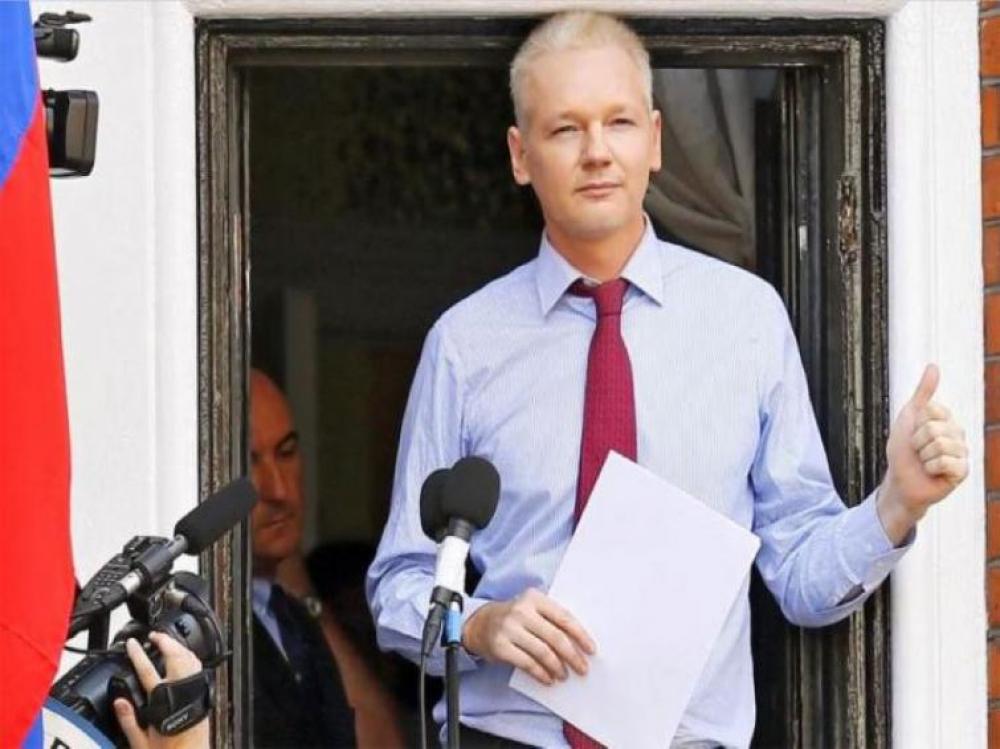 London/Sputnik: WikiLeaks founder Julian Assange arrived at the Woolwich Crown Court in London on Monday on the first day of his week-long extradition trial based on an American request.

Assange, whose health, according to lawyers, has seriously deteriorated after his April arrest to the point where his life was at risk, came wearing a light gray suit, shaved and looking well, the correspondent added.

The whistleblower confirmed his name and age at the start of the hearing.

Assange's father, John Shipton, was also present at the hearing, along with other supporters.

The court started by hearing American arguments in favor of handing the 48-yer-old over to the US authorities to be tried on espionage charges.
After a week of opening arguments, the hearings will be adjourned and resume on May 18 for three weeks of presenting evidence.

Dozens of Assange supporters gathered outside the court, carrying banners with messages such as "Don’t Extradite Assange" and "The Truth Will Win." Supporters of the WikiLeaks founder were heard chanting "Free Assange".

Any verdict will likely be followed by an appeal from one of the parties. Assange’s defense team had earlier said that the case will likely end up in the Supreme Court, and the entire legal process may take several years.

In the US, Assange faces 18 federal charges, many in relation to the US Espionage Act, and could be sentenced to a maximum of 175 years incarceration if convicted. The Espionage Act makes it a crime to spread information that would interfere with the operations of the US armed forces during a war, or promote the success of the US’ enemies.

Assange took refuge in the Ecuadorian embassy in London from 2012-2019 after seeking asylum. In April, however, the embassy allowed the UK police to enter and arrest the WikiLeaks founder, who was eventually sentenced to 50 weeks in prison for breaching bail conditions in 2012, in relation to rape accusations in Sweden that have since been dropped.