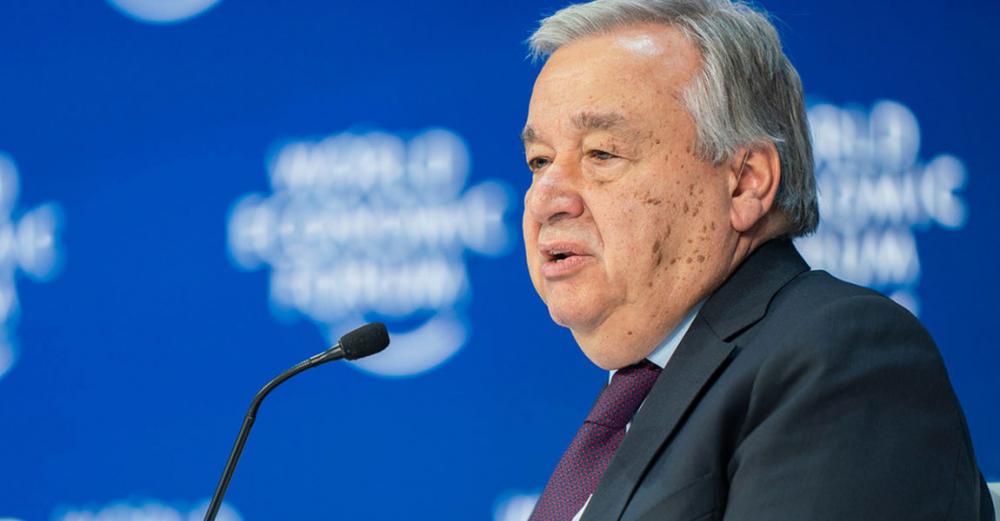 The UN chief observed that while many smaller developing countries and the European Union have committed to achieving carbon neutrality by 2050, “the big emitters” have yet to act.

I'm in Davos to deliver a strong message on #ClimateAction. While our planet is burning, too many decision makers are fiddling. Every city, region, bank, pension fund & industry must completely reimagine how they operate and invest to avoid a point of no return. #WEF20

If the big emitters do not rally around the principle of achieving carbon neutrality by 2050, “we will be doomed because they represent a very important share”, the UN chief said.

“The G20 represents 80 per cent of the emissions that contribute to climate change.”

Guterres said Governments can take steps to help move the world towards a greener future, such as cutting subsidies for fossil fuels.

“As a taxpayer, I can’t really accept the idea that my taxes are used to boost hurricanes, or to bleach coral, or to melt glaciers”, he stated.

For the Secretary-General, climate change is the defining issue of our time, representing an “existential threat” to the entire planet and threatening development.

Guterres said he is encouraged by private sector commitment to the environment, as evidenced by increasing numbers of financial institutions and asset managers making carbon neutrality a priority in their investments.

Similarly, cities, voters and young people have been mobilizing for action.

“I am hopeful that it will be possible to mobilize both the private sector and public authorities in order to take transformational decisions in the way we produce our food, power our economy, move, support industry and plan our cities - the transformational changes that are necessary for us, to reach the objectives that the scientific community tells us it is absolutely essential to do”, he said.