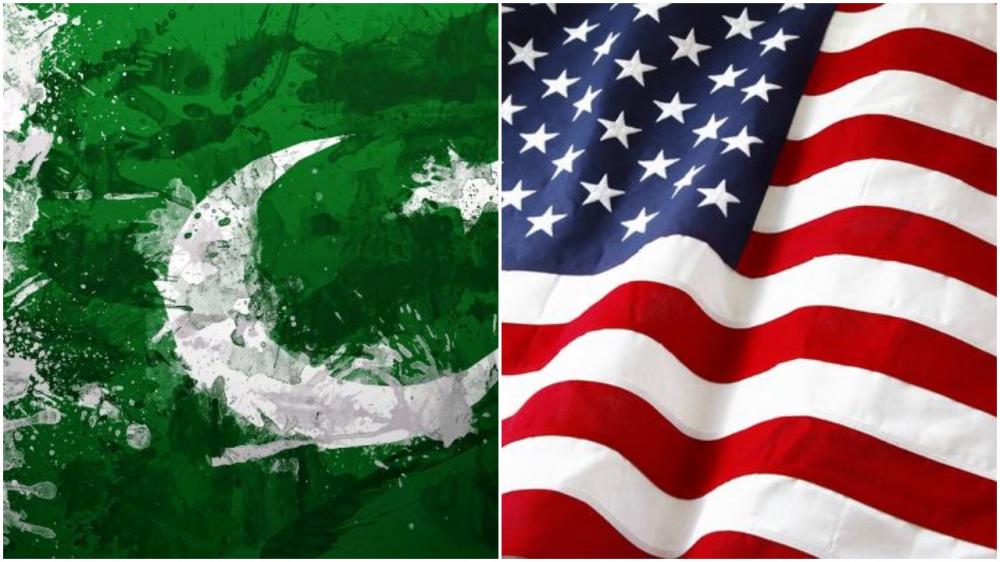 Washington: Five people have been indicted in United States for allegedly running an international network which purchases US products for nuclear weapons programme in Pakistan.

All the five men were associated with the front company “Business World” in Rawalpindi, Pakistan.

They were indicted in federal court for conspiracy to violate the International Emergency Economic Powers Act and the Export Control Reform Act. The grand jury returned the indictment on Oct. 16, 2019, and it was unsealed today.

“The defendants smuggled U.S. origin goods to entities that have been designated for years as threats to U.S. national security for their ties to Pakistan’s weapons programs,”  Assistant Attorney General for National Security John C. Demers said in a statement as released by US Department of Justice.

“This indictment puts the world on notice not to do business with these defendants and demonstrates our commitment to holding them accountable. It also stands as an example of the kind of deceptive behavior U.S. businesses need to watch out for in designing appropriate export control and sanctions compliance programs.”

“Federal export control laws are vital tools that help prevent items from being exported overseas where they could be used in ways that can jeopardize our national security,” said U.S. Attorney Scott W. Murray for the District of New Hampshire.  “In order to protect the safety and security of the American people, we work closely with our law enforcement partners to identify those who violate these important laws.  We will continue to be vigilant in our efforts to identify individuals whose actions may jeopardize the national security of the United States.”

“The alleged behavior of these five individuals presented more than a violation of U.S. export laws, it posed a potential threat to the national security interests of the United States and to the delicate balance of power among nations within the region,” said Jason Molina, Acting Special Agent in Charge, Homeland Security Investigations. “HSI’s Counterproliferation group proactively works investigations into U.S. import-export licensing laws violations because of the threat it can pose to our national security.”

"Stopping the illegal exportation of sensitive defense technology is a top priority for the Defense Criminal Investigative Service (DCIS) and today's indictment is the result of a multi-agency effort," stated Special Agent in Charge Leigh-Alistair Barzey, DCIS Northeast Field Office.  "The DCIS is committed to working with the USAO-NH, Homeland Security Investigations and the Office of Export Enforcement, to protect our nation's security by identifying, investigating and prosecuting criminal procurement networks."

According to the indictment, between September 2014 and October 2019, the defendants operated an international procurement network of front companies that existed to acquire U.S.-origin goods for the Advanced Engineering Research Organization (AERO) and the Pakistan Atomic Energy Commission (PAEC), and to cause those goods to be exported from the United States to the entities without export licenses in violation of federals law.

Both AERO and PAEC were on the Commerce Department’s Entity List, which imposes export license requirements for organizations whose activities are found to be contrary to U.S. national security or foreign policy interests.  PAEC was added to the Entity List in 1998.  AERO was added to the Entity List in 2014, after the U.S. Government found that it had used intermediaries and front companies to procure items for use in Pakistan’s cruise missile and strategic UAV programs.

According to the indictment, the defendants attempted to conceal the true destinations in Pakistan of the U.S.-origin goods by using the conspirators’ network of front companies as the supposed purchasers and end users of the goods and as the apparent source of payments for the goods, even though the goods were ultimately received in Pakistan and paid for by AERO or PAEC.

The defendants caused the U.S. companies to file export documents that falsely identified the Ultimate Consignees of the shipments as entities other than AERO and PAEC. The defendants never applied for or obtained an export license from the Department of Commerce authorizing the export of goods to AERO or PAEC in Pakistan.

The indictment identified 38 separate exports from the U.S. that the defendants caused, involving 29 different companies from around the country. Three of those companies are in New Hampshire.  None of the U.S. companies is alleged to have been complicit in the illegal exports.  Each defendant is charged with two felony counts of conspiracy.  Although arrest warrants are pending, none of the five defendants has thus far been apprehended.

This matter was investigated by the Department of Commerce’s Office of Export Enforcement; the Department of Defense, Office of Inspector General, Defense Criminal Investigative Service; and Immigration and Customs Enforcement’s Homeland Security Investigations.  The case is being prosecuted by Assistant U.S. Attorney John Davis and Trial Attorney Nicholas Hunter of DOJ’s Counterintelligence and Export Control Section, National Security Division.