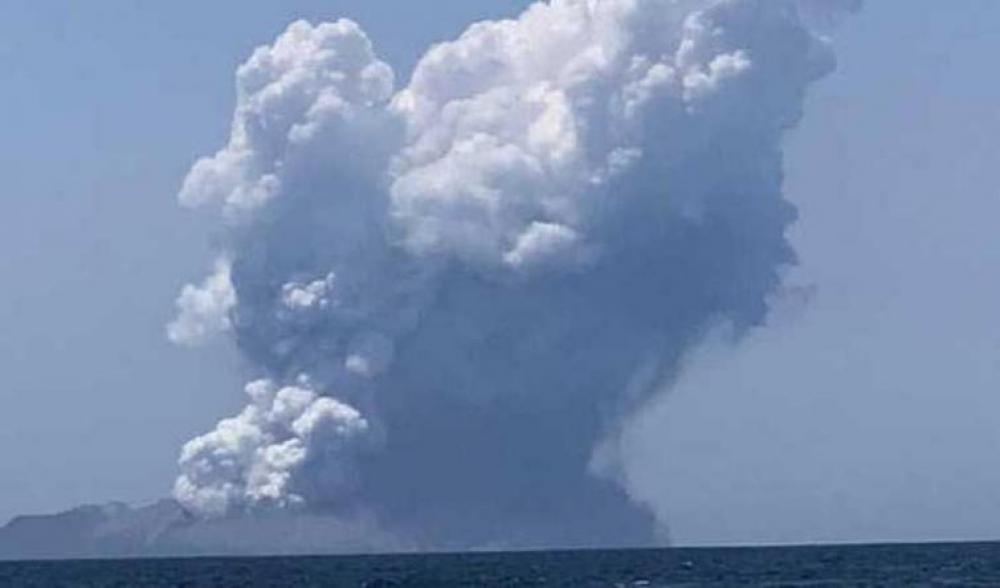 Wellington/Xinhua: The recovery team landing on White Island to search for the two deceased who remained unaccounted for was not able to find the bodies while the death toll of the volcanic eruption increased to 15, the New Zealand Police said on Sunday.

It is understood that the recovery team had just 75-minutes to locate and recover the bodies that remained missing following the eruption. Only one is thought to still be on the island, the other was sighted in the water earlier in the week.

However, both underwater search throughout Saturday and land search on Sunday morning was not able to locate the deceased.
New Zealand Police Deputy Commissioner Mike Clement told the media at a press conference that the police would not give up easily, "but there will come a time where we've done everything we can."

Meanwhile, the official death toll reached 15 over night as an another person being treated in the hospital succumbed to severe injury on Saturday night.
New Zealand will observe one minute's silence nation wide at 2:11 p.m. on Monday in honor of the victims of the White Island volcanic eruption, Prime Minister Jacinda Ardern said on Saturday.

"Wherever you are in New Zealand, or around the world, this is a moment we can stand alongside those who have lost loved ones in this extraordinary tragedy," Jacinda Ardern said. "Together we can express our sorrow for those who have died and been hurt, and our support for their grieving families and friends."
Six bodies were recovered from the volcano island on Friday operation led by the New Zealand Police and carried out by the New Zealand Defence Force.

Altogether 47 people were on the White Island at the time of the eruption on Monday. The eruption has already caused 15 dead and multiple injuries.
Most of the survivors are in critical condition.

Both Chinese nationals injured in New Zealand's White Island volcanic eruption had recovered consciousness and were in stable condition, an official from the Chinese embassy told Xinhua.

White Island, a volcanic island, is a famous tourist attraction which people can explore by boat or by helicopter. If safety conditions permit, visitors can even enter the main volcano crater.