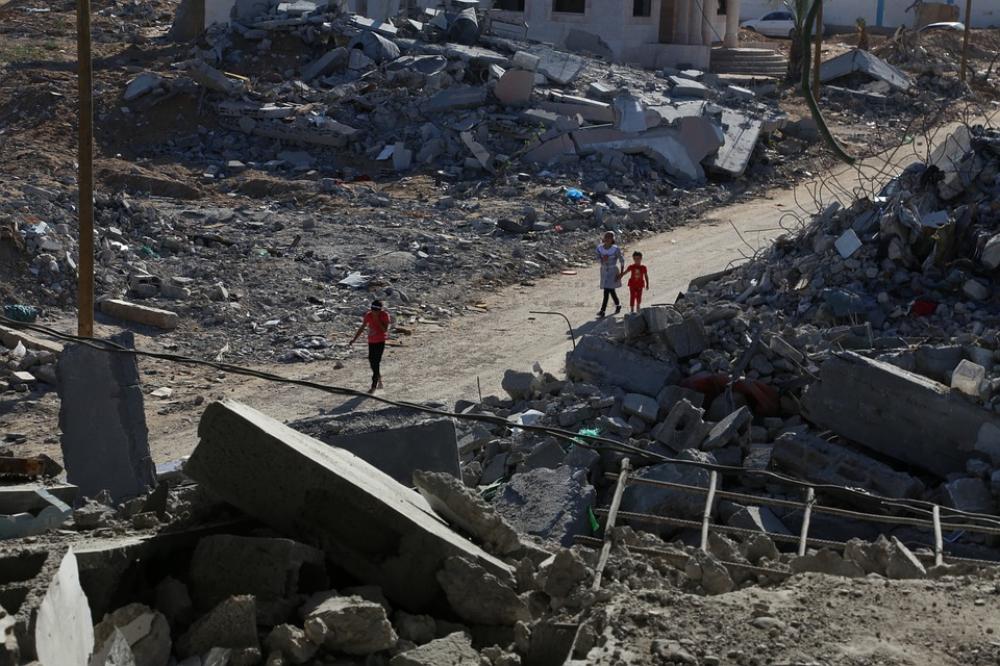 Gaza (Sputnik/UNI) Two Palestinians were killed in an airstrike in the capital of the Gaza Strip, Ashraf Qidra, the spokesman for Gaza's Health Ministry, told Sputnik.

"Two Palestinians were killed, one was injured in bombardment from a drone in the city of Gaza," Qidra said.


According to the spokesman, the drone attacked a motorcycle on which both men were riding.


The Israeli military denied involvement in the incident.


"The army is not aware of any airstrikes in Gaza tonight," a press officer of the Israeli army told Sputnik.


Earlier on Tuesday, Palestinian militants fired mortar shells at the border areas of Israel, which in response conducted an airstrike at positions of the ruling Palestinian movement Hamas. No casualties were reported by the conflicting sides.