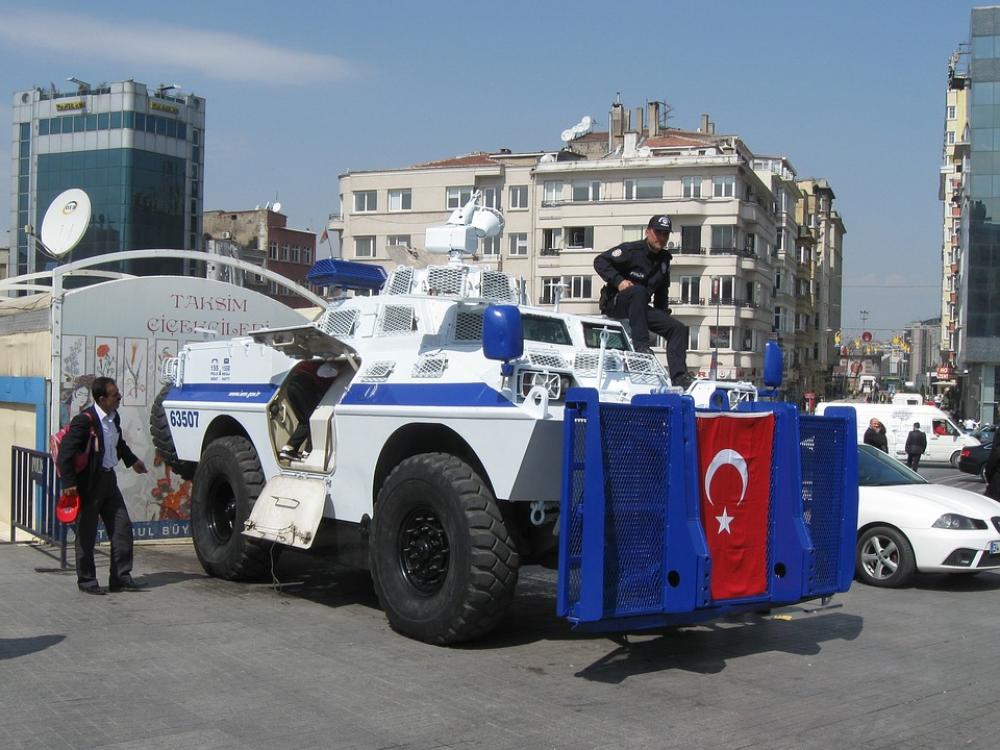 Thousands of women poured into streets across Istanbul to mark the International Women's Day under heavy police presence, while many gathered on the bustling Istiklal Avenue with the intention to stage a mass rally against male violence.


Police officers, however, did not allow them to march through the avenue by closing all the entrances with barricades, cordoning off the iconic Taksim Square nearby and shutting down the metro stop.


"The heavy police presence here actually shows the power of women in this country," said a woman who did not give her name.


"We are here to call for the state authorities to account for male violence and homicide against women," she added.


The rally, dubbed the "night march," started in the evening from a designated section on Istiklal and then changed course to neighboring side streets.
Video clips posted later on social media and websites show police using tear gas and rubber bullets against protesters on Istiklal and on the side streets to prevent them from marching on.


On Istiklal, police officers with dogs also walked toward the protesters to try to push them back.


Last year, a total of 440 women were killed by men across the country, up from 409 in 2017, while 317 women were sexually assaulted, according to figures released by We Will Stop Femicide Platform, a women rights group that tracks the number of homicides against women.


The latest data show that 74 women were murdered by men across the country during the first two months of this year.


"I did not forget Ozgecan Aslan and Dilek Dogan, and I will never forget what happened to them," a protester named Alev Korlu said, referring to the two young women brutally murdered by men.


"I am here today to remember all the women who were killed by men," she added.


During the rally, the protesters whistled aloud to show that they would not remain silent on violence and abuses.