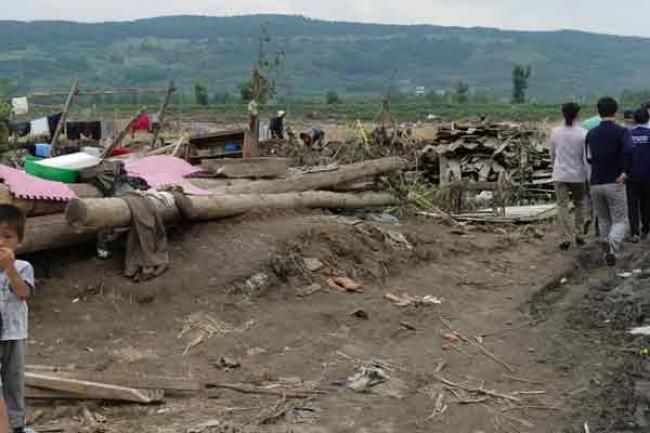 Office of the Resident Coordinator

New York, Sept 15 (Just Earth News): Responding urgent humanitarian needs triggered by flash floods and landslides in the northern provinces of the Democratic People’s Republic of Korea (DPRK), the United Nations health agency is providing emergency health kits and supplies that will benefit some 260,000 persons for about three months.

“Many health facilities are damaged and some completely destroyed, severely hampering health services and availability of medicines for the affected population,” said the World Health Organization’s (WHO) South-East Asia Regional Director Poonam Khetrapal Singh in a news release on Thursday. “Children, pregnant women, people with disabilities and the elderly are the most in need of support,” she added, noting that many among the affected vulnerable to water borne and other diseases. To meet immediate health needs of the affected population the UN agency made available $175,000 from its regional health emergency fund (SEARHEF) within 24-hours of a request from the country’s Ministry of Public Health. WHO says it has also provided 26 emergency health kits – each capable of taking care of the health needs of about 10,000 population for three months, diarrhoeal kits, water filters and water testing kits and five tents for setting up temporary hospitals in the affected areas. According to the agency, torrential rains brought on by typhoon Lionrock struck north-eastern DPRK and has triggered some of the worst flash floods and landslides the country has ever seen. In the release on Thursday, Dr. Khetrapal Singh also said that the priority is to make health services available to pregnant women, new-borns and children; prevent outbreaks of diarrhoea, acute respiratory tract infections or measles; restore basic and primary health care services; and meet the special health needs of vulnerable groups. Together with other UN and international agencies, WHO, is supporting the Ministry of Public Health, to meet the immediate and evolving health needs of the affected population. Meanwhile, the UN World Food Programme (WFP) also recently delivered urgent food assistance to more than 140,000 people in the region, noting concern over the continued vulnerability of the affected population as an extremely cold winter is approaching and major food losses are expected.