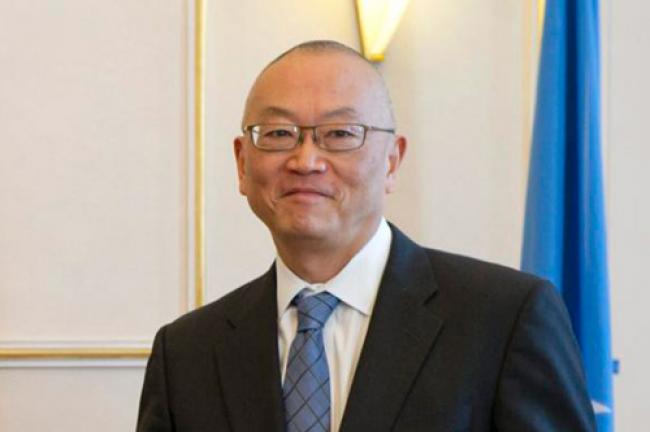 New York, May 1 (JEN): Antibiotic resistance – when bacteria change so antibiotics no longer work in people who need them to treat infections – is now a major threat to public health, says a new United Nations report released on Wednesday .
The study, produced by the UN World Health Organization (WHO), is the first to look at antimicrobial resistance, including antibiotic resistance, globally, and provides the most comprehensive picture to date, incorporating data from 114 countries.
It reveals that this serious threat is no longer a prediction for the future; it is happening right now in every region of the world and has the potential to affect anyone, of any age, in any country, WHO pointed out in a news release.
“Without urgent, coordinated action by many stakeholders, the world is headed for a post-antibiotic era, in which common infections and minor injuries which have been treatable for decades can once again kill,” said Keiji Fukuda, WHO’s Assistant Director-General for Health Security.
“Effective antibiotics have been one of the pillars allowing us to live longer, live healthier, and benefit from modern medicine,” Dr. Fukuda noted. “Unless we take significant actions to improve efforts to prevent infections and also change how we produce, prescribe and use antibiotics, the world will lose more and more of these global public health goods and the implications will be devastating.”
While the report notes that resistance is occurring across many different infectious agents, it focuses on antibiotic resistance in seven different bacteria responsible for common, serious diseases such as bloodstream infections (sepsis), diarrhoea, pneumonia, urinary tract infections andgonorrhoea.
The results are cause for high concern, according to WHO, which documented resistance to antibiotics, especially “last resort” antibiotics, in all regions of the world.
For example, resistance to one of the most widely used antibacterial medicines for the treatment of urinary tract infections caused by E. coli –fluoroquinolones – is very widespread. In the 1980s, when these drugs were first introduced, resistance was virtually zero. Wednesday , there are countries in many parts of the world where this treatment is now ineffective in more than half of patients.
WHO said that people can help tackle resistance by using antibiotics only when prescribed by a doctor; completing the full prescription, even if they feel better; and never sharing antibiotics with others or using leftover prescriptions.
Health workers and pharmacists can help tackle resistance by enhancing infection prevention and control; only prescribing and dispensing antibiotics when they are truly needed; and prescribing and dispensing the right antibiotic(s) to treat the illness.
The report, which is kick-starting a global effort led by WHO to address drug resistance, reveals that key tools to tackle antibiotic resistance, such as basic systems to track and monitor the problem, show gaps or do not exist in many countries. While some countries have taken important steps in addressing the problem, every country and individual needs to do more.
Other important actions include preventing infections from happening in the first place – through better hygiene, access to clean water, infection control in health-care facilities, and vaccination – to reduce the need for antibiotics. WHO is also calling attention to the need to develop new diagnostics, antibiotics and other tools to allow healthcare professionals to stay ahead of emerging resistance.
WHO Assistant Deputy Director-General for Health Security Keiji Fukuda. Photo: Violaine Martin
More Health
Photos