Health
State of Health
WHO: Push back against tobacco industry to protect public health 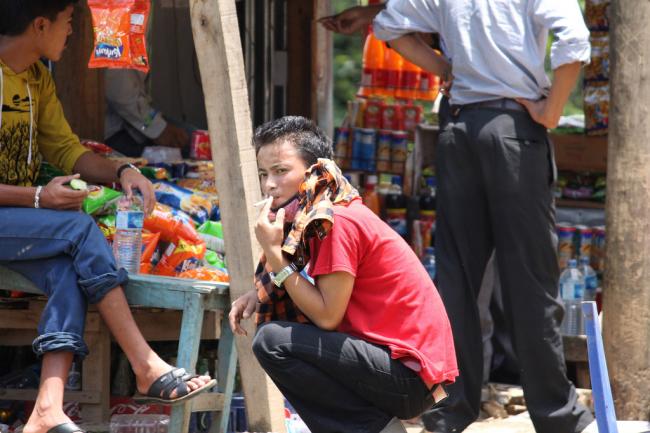 New York, Mar 19 (JEN): The head of the United Nations health agency on Wednesday welcomed new data showing that non-smoking is becoming the new norm but urged global action to “push back hard” against the tobacco industry, saying, “We do not have the riches of the tobacco industry, but we are right and we are resolved.”

Margaret Chan, Director General of the World Health Organization (WHO), made the call in a keynote address at the 16th World Conference on Tobacco or Health in Abu Dhabi, United Arab Emirates, which opened on Wednesday and is focussing on tobacco control and non-communicable diseases, namely lung and heart diseases, cancers and diabetes. Tobacco kills nearly six million people each year, according to WHO, and more than five million of those deaths are the result of direct tobacco use, while more than 600,000 are the result of non-smokers being exposed to second-hand smoke. Nearly 80 per cent of the world's one billion smokers live in low- and middle-income countries. On the positive side, Chan noted that the proportion of male smokers is going down in 125 countries. “Non-smoking is becoming the norm,” she said. But “in an ominous trend, in some countries the battle between tobacco and health has moved into the courts,” she noted. Countries wishing to protect their citizens through larger pictorial warnings on packages or by introducing plain packaging are being intimidated by tobacco industry threats of lengthy and costly litigation, according to the UN health chief. “This is an effort to deprive governments of their sovereign right to legislate in the public interest,” she said.

She said, “We will push back hard.”

Chan noted that in the Philip Morris challenge to Uruguay’s tobacco packaging laws, WHO has filed an amicus brief with the International Centre for Settlement of Investment Disputes.

She also said Australia’s legislation that mandates plain packaging, designed to make tobacco products less attractive, is also being challenged in a dispute being considered at the World Trade Organization.

Following Australia’s lead, more than 10 countries are considering plain packaging, the WHO said. Ireland became the second country to introduce plain packaging as law.
The United Kingdom, Burkina Faso and New Zealand are the next most advanced followed by Chile, Panama, France, Norway, and Turkey.

“Bans on tobacco advertising, promotion, and sponsorship are not comprehensive as long as colour logos and other branding continue to operate as silent salesmen,” she said.

WHO is co-sponsoring the conference in close collaboration with the Secretariat of the WHO Framework Convention on Tobacco Control.

A new online WHO Global Report on Trends in Tobacco Smoking, launched today during the conference, finds that in 2010, there were 3.9 billion non-smokers aged 15 years and over in WHO member States (or 78 per cent of the 5.1 billion population aged 15 and over).

According to the report, the number is projected to rise to 5 billion (or 81 per cent of the projected 6.1 billion population aged 15 and over) by 2025 if the current pace of tobacco cessation continues.

“This trend indicates countries are making inroads, but much greater action is needed to curb the tobacco epidemic if the global target to cut tobacco consumption by 30 per cent by 2025 to reduce premature deaths from NCDs [non-communicable diseases] is to be met,” it said.