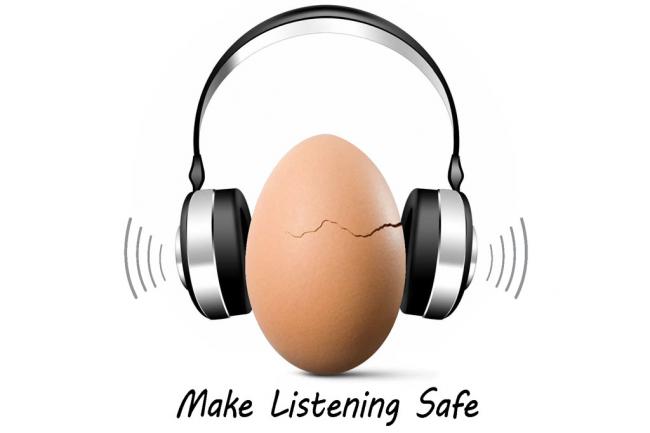 New York, Mar 4 (JEN): More than 1 billion teenagers and young adults are at risk of hearing loss due to the unsafe use of personal audio devices such as smartphones and exposure to damaging levels of sound, prompting the World Health Organization (WHO) to devote International Ear Care Day to “Making Listening Safe” on Tuesday.
“As they go about their daily lives doing what they enjoy, more and more young people are placing themselves at risk of hearing loss,” Dr. Etienne Krug, WHO Director for the Department for Management of Non-communicable Diseases, Disability, Violence and Injury Prevention said in a press release.

“They should be aware that once you lose your hearing, it won't come back,” Krug said
Krug added, “Taking simple preventive actions will allow people to continue to enjoy themselves without putting their hearing at risk.”

International Ear Care Day is an annual advocacy event held on 3 March. Designated at the First International Conference on Prevention and Rehabilitation of Hearing Impairment in Beijing, China, in 2007, the Day aims to raise awareness and promote ear and hearing care across the world, according to WHO.

This year, WHO is launching the Make Listening Safe initiative to draw attention to the dangers of unsafe listening and promote safer practices.

“In collaboration with partners worldwide, WHO will alert young people and their families about the risks of noise-induced hearing loss and advocate towards governments for greater attention to this issue as part of their broader efforts to prevent hearing loss generally,” the UN health agency said.

According to WHO, “some 1.1 billion teenagers and young adults are at risk of hearing loss due to the unsafe use of personal audio devices, including smartphones, and exposure to damaging levels of sound at noisy entertainment venues such as nightclubs, bars and sporting events.”

“Data from studies in middle- and high-income countries analysed by WHO indicate that among teenagers and young adults aged 12-35 years, nearly 50 per cent are exposed to unsafe levels of sound from the use of personal audio devices and around 40 per cent are exposed to potentially damaging levels of sound at entertainment venues,” the agency said.

WHO explained that safe listening depends on the intensity or loudness of sound, and the duration and frequency of listening.
The agency recommends that the highest permissible level of noise exposure in the workplace is 85 decibels up to a maximum of eight hours per day. Many patrons of nightclubs, bars and sporting events are often exposed to even higher levels of sound, and should therefore considerably reduce the duration of exposure.
For example, exposure to noise levels of 100 decibels, which is typical in such venues, is safe for no more than 15 minutes.

“Teenagers and young people can better protect their hearing by keeping the volume down on personal audio devices, wearing earplugs when visiting noisy venues, and using carefully fitted, and, if possible, noise-cancelling earphones/headphones,” according to WHO.
It also said, “They can also limit the time spent engaged in noisy activities by taking short listening breaks and restricting the daily use of personal audio devices to less than one hour.”

“With the help of smartphone apps, they can monitor safe listening levels,” it said.

WHO said governments also have a role to play by developing and enforcing strict legislation on recreational noise.

“Parents, teachers and physicians can educate young people about safe listening, while managers of entertainment venues can respect the safe noise levels set by their respective venues, use sound limiters, and offer earplugs and “chill out” rooms to patrons,” according to WHO.

WHO went on to say manufacturers can design personal audio devices with safety features and display information about safe listening on products and packaging.

Worldwide, the UN health agency says 360 million people today have moderate to profound hearing loss due to various causes, such as noise, genetic conditions, complications at birth, certain infectious diseases, chronic ear infections, the use of particular drugs, and ageing.

“It is estimated that half of all cases of hearing loss are avoidable,” the agency said.