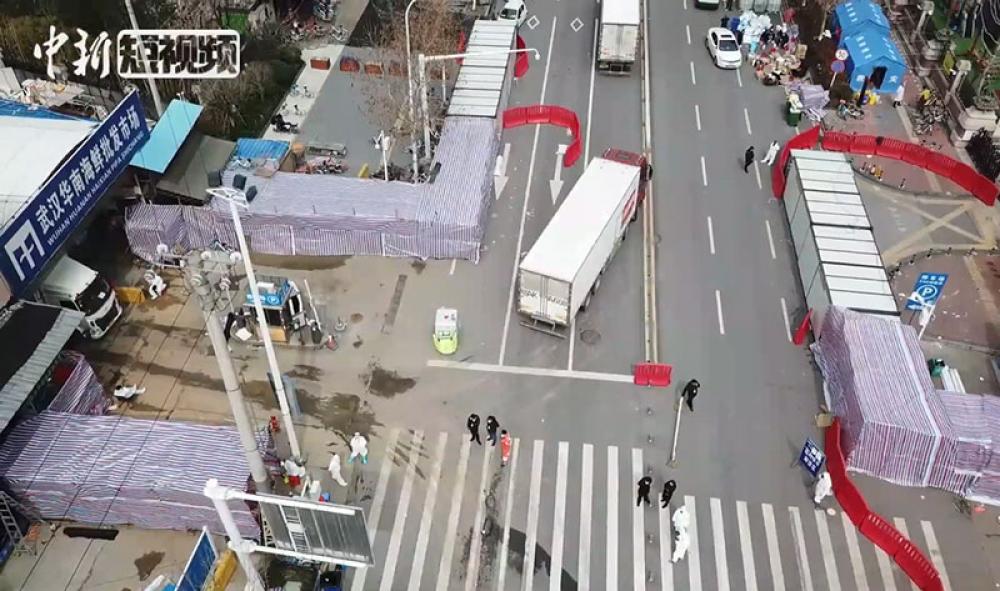 New York: The Huanan Seafood Wholesale Market in Wuhan, China, has emerged as the most likely source of the COVID-19 outbreak, making a possible alternative explanation that the virus leaked from a research lab increasingly unlikely, according to a paper published in the journal Science by Michael Worobey, a virus evolution expert at the University of Arizona.

Sleuthing through health records and genomic and epidemiologic data from the earliest days of COVID-19, Worobey pieced together a detailed picture of the first crucial events that spiraled into the global pandemic.

Through methodical analysis, he provides evidence that dispels a commonly voiced conjecture: that the Huanan wet market only seemed like the epicenter of the pandemic because of a bias in case reporting that falsely centered on the seafood market.

It is now clear that live mammals susceptible to coronaviruses, including raccoon dogs, were sold at the Huanan market and three other live-animal markets in Wuhan immediately prior to the pandemic, Worobey reports in his paper. Coronavirus-like viruses were found in raccoon dogs during the first SARS outbreak, which was facilitated by the animal-human interactions in live-animal markets in China, read a statement issued by the University of Arizona.

Because of the early public health focus on Huanan market, it remained unclear whether the preponderance of COVID-19 hospitalizations associated with the market was truly reflective of the source of the initial outbreak.

Worobey set out to resolve several crucial events that took place in December 2019 and January 2020.

"The question I wanted to address was whether the apparent connection of early cases to Huanan market was real or just a mirage because that is where people were looking for cases," said Worobey, a professor in UArizona Department of Ecology and Evolutionary Biology.

"Let's imagine the following scenario," Worobey said. "Because the first SARS (severe acute respiratory syndrome) outbreak in 2002-2003 was associated with animals sold at wet markets, there was a system in place in which anytime a doctor came across a patient with pneumonia, they asked whether they worked at a wet market, and if they did, that case would be recorded as something very interesting. But if a person presented with identical symptoms but answered no to that question, they would not be recorded as a case."

In such a scenario, he explained, it would hypothetically be possible to end up with a city like Wuhan, with a population of 11 million people, where 50 cases of early COVID infections would appear to be linked to the market, while at the same time, there might be 10,000 cases going unnoticed in the rest of the city.

By clarifying that it was doctors, not epidemiologists, who first discovered COVID-19 patients, Worobey shows that cases with a history of exposure at Huanan market could not have been "cherry-picked" before anyone had yet identified the market as an epidemiologic risk factor. Hence, there was a genuine preponderance of early cases of COVID-19 associated with the Huanan market.

Another key finding emerged when Worobey discovered a discrepancy in a joint report by Chinese health authorities and the World Health Organization.

According to the report, a patient with no connection to the market had been considered the earliest known case of COVID, having exhibited symptoms on Dec. 8, 2019.

However, that patient actually didn't present with COVID-19 symptoms until a week later, on Dec. 16, 2019, and that dramatically changes the picture put forward by the China-WHO report. According to Worobey's analysis, the earliest known case is a female vendor from the Huanan market.

"The Dec. 8 case has been used by lab leak proponents to argue that the virus could not have emerged at the market since the earliest case had no exposure there," Worobey said. "Moreover, it has led them to claim that the pandemic started at the BSL4 facility of the Wuhan Institute of Virology, since that facility is near where this person lived and shopped. But it is clear that this patient got sick after the first cases had been reported from Huanan, so clearly the virus was circulating in the community at that point."

He added that since the market is the size of a soccer field in a city of 11 million people, it would be hard to explain the pattern of early infections there if the pandemic was not ignited at the market when a virus crossed from an animal sold to a person.

"It is important to remember that because only about 7% of SARS-CoV-2 infections lead to hospitalization, the majority fly under the radar, which means we shouldn't expect the earliest ascertained patients to be the first infected or linked to Huanan market," he said. "Proponents of the lab leak theory would have to explain what appears like a crazy coincidence of cases clustering around the market."

Worobey likened the combined evidence to a "flashing red arrow pointing to the Huanan market as by far the most likely site of origin, with a failure to put a stop to sales of illegal wildlife in markets like Huanan as the reason.”

"The way the COVID-19 pandemic unfolded appears to basically be a direct repeat of the original SARS epidemic outbreak," he said.