Health
State of Health
As UN turns 75, multilateral milestones show successes and ‘how much remains to be done’ – Kagame 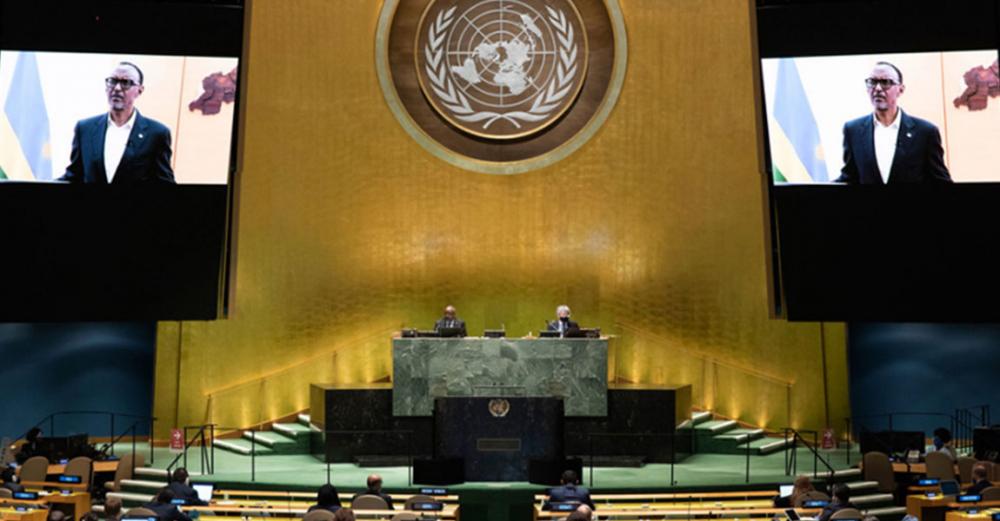 New York: In a virtual address to the UN General Assembly’s annual general debate, the President of Rwanda on Tuesday noted that while milestones on gender, climate and development have demonstrated the achievements of multilateral action, they also serve to remind “how much remains to be done”.

Paul Kagame reminded the delegates that 25 years ago the World Conference on Women in Beijing charted a “transformative agenda on gender equality” but acknowledged that “true gender equality has still not been attained in any country”.

And although the Sustainable Development Goals (SDGs) were adopted five years ago, most countries, especially in Africa, “were already off-track before 2020”.

No time for doubt

He noted that the UN’s 75th anniversary “falls at a moment of uncommon peril” for people and planet.

“The Covid pandemic has claimed nearly one million lives and pushed hundreds of millions into unexpected hardship”, the Rwandan President said. “It is not a time for doubt or hesitation. We have the tools to meet this test and prevail”.

Mr. Kagame commended the “exceptional work being done by the World Health Organization (WHO)”, pointing to the creation of the Access to Covid Tools Accelerator (ACT-A), including the COVAX Global Vaccines Facility, as being of “critical importance for Africa”.

“Ensuring equitable access to vaccines, therapeutics, and diagnostics will speed up the end of the pandemic for everyone”, he asserted, highlighting the importance of “resilient national health systems and strong domestic health financing”.

The President maintained that the goal for Africa is to “leverage its own resources to reinforce the impact of global health partnerships”, such as the Global Fund and Gavi.

Turning to racial justice and equality, Mr. Kagame said the global movement underway “is not a passing phenomenon”.

“What is required is action that builds public trust in the equal dignity of all citizens, as demonstrated in the treatment of those who have historically been most marginalized, and who continue to suffer mistreatment disproportionately”, he upheld.

And its success depends on strengthening national and international institutions, including the work of scientists, innovators and creators, according to the Rwandan President.

“Our descendants will look back and judge how this generation responded to these challenges, especially the leaders”, he said.

The President closed on a note of uncertainty as to whether or not the world will come together to “secure global progress on a foundation of cooperation and mutual respect”.