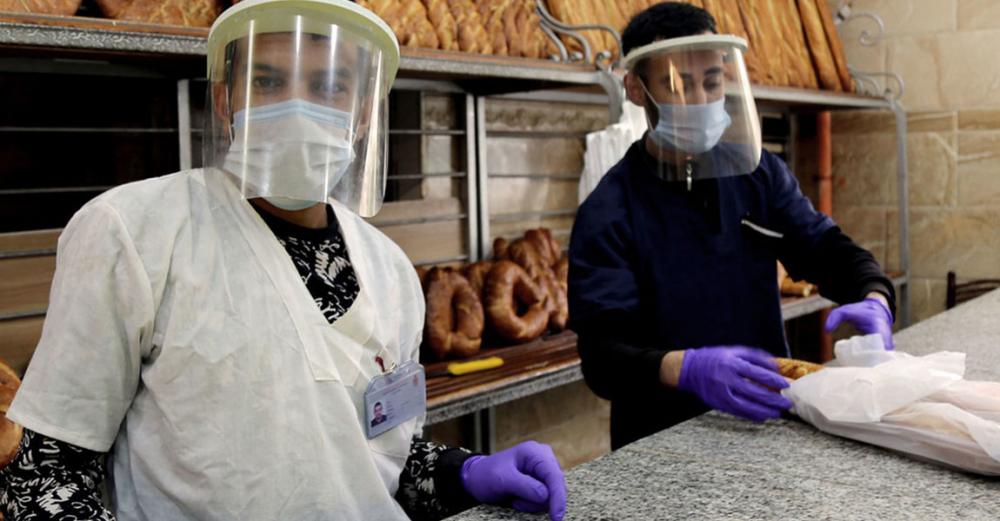 New York: The World Health Organization (WHO) is set to issue a brief on the modes of transmission of the new coronavirus, a senior official said on Tuesday.

Epidemiologist Dr. Maria van Kerkhove, WHO technical lead on COVID-19, was responding to a journalist’s question about an open letter signed by hundreds of scientists urging the UN agency to update its recommendations on airborne transmission.

She reported that the group first wrote to the UN agency on 1 April and there has been “active engagement” since then.

“Many of the signatories are engineers, which is a wonderful area of expertise, which adds to growing knowledge about the importance of ventilation which we feel also is very important”, she said.

WHO has been studying the various potential modes of coronavirus transmission, including by airborne or aerosol droplets, but also other channels such as from mother-to-child, and from animal-to-human.

The agency is producing a scientific brief that consolidates the growing knowledge around this subject, which will be issued in the coming days.

The WHO chief has repeated his longstanding appeal for global solidarity to overcome the COVID-19 crisis.

Tedros Adhanom Ghebreyesus warned that although cases are accelerating globally, the peak of the pandemic has yet to be reached.

“Where there has been progress in reducing deaths, countries have implemented targeted actions toward the most vulnerable groups, for example those people living in long-term care facilities.”

Tedros said while it took 12 weeks to reach 400,000 cases worldwide, this same number was recorded over the past weekend alone.

“I will say it again. National unity and global solidarity are more important than ever to defeat a common enemy, a virus that has taken the world hostage”, he told journalists.

“This is our only road out of this pandemic. I repeat national unity and global solidarity.”

WHO is concerned about how the pandemic is having an impact on efforts to tackle HIV, as some 73 countries are at risk of running out of antiretroviral medicines (ARVs).

To address difficulties in accessing treatment during the crisis, WHO recommends prescribing these treatments for longer periods of time, up to six months.

The UN agency also urged countries to ensure uninterrupted prevention, treatment and services for HIV amid the pandemic.

While more than 25 million people worldwide have access to ARVs,  WHO said progress has stalled in the areas of prevention, testing and treatment because services are not reaching those who most need them.

A virus that affects all

The confirmation on Tuesday that Brazil’s President has tested positive for COVID-19 shows that the disease can affect anyone, according to UN health officials.

Jair Bolsonaro, who has repeatedly downplayed the pandemic threat, made the announcement on Brazilian television.

He joins other world leaders, senior government officials and politicians who have contracted the virus, including United Kingdom Prime Minister Boris Johnson.

“I think it brings home for us all the reality of this virus. No one is special in that regard. We are all potentially exposed to this virus”, said Dr. Michael Ryan, WHO Executive Director.

“The virus does not really know who we are. Whether we are prince or pauper, we are equally vulnerable.”

Both Dr. Ryan and the WHO chief wished Mr. Bolsonaro a speedy recovery.

Tedros also highlighted how the new coronavirus is “public enemy number one”, an expression he has used throughout the pandemic.

“It’s very important to understand the seriousness of this virus and to be really serious. No country is immune, and no country is safe. And no individual can be safe”, he said.

WHO experts will be traveling to China this weekend to prepare scientific plans with their local counterparts for identifying the zoonotic source of COVID-19.

The team will develop the scope and terms of reference for a WHO-led international mission to advance understanding of animal hosts for the coronavirus and ascertain how the disease jumped between animals and humans.

“There is the wild animal kingdom, there is the farmed animal kingdom, then there are the interfaces with humans. Those interfaces with humans can occur with wild animals, they can occur on farms, they can occur in markets, and we don’t know where that species barrier was actually breached”, he said.Dr. Ryan described this as “quite a detective story”, noting that it took “decades” to unravel the source of Ebola.

Tedros explained that the WHO team will not be “starting from scratch” as Chinese researchers have already been studying this issue.