Health
State of Health
UN tallies action so far to fight COVID-19, and roadmap out of the pandemic 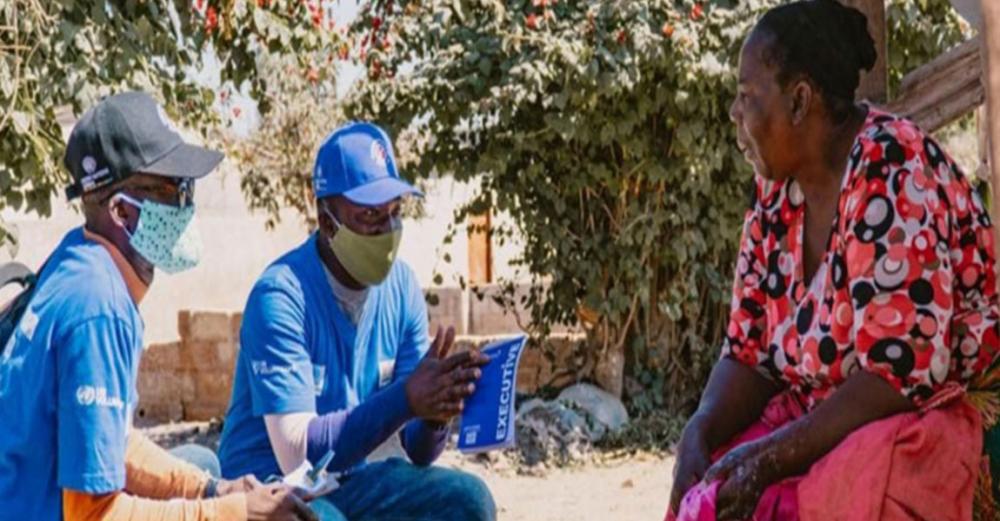 New York: Amid the upheaval caused by the COVID-19 pandemic, the UN has mobilized to save lives, control transmission of the virus and ease the economic fallout, Secretary-General António Guterres told journalists on Thursday, speaking at the virtual launch of his report on the Organization’s response to the crisis

Not only does the report outline actions taken since the pandemic was declared, he said, it also offers a roadmap for building back better through greater global solidarity and unity.

“The pandemic has laid bare severe and systemic inequalities. And it has underscored the world’s fragilities more generally – not just in the face of another health emergency but also the climate crisis, lawlessness in cyberspace, and the risks of nuclear proliferation again”, he said.

Fighting on many fronts

The report reveals how the UN has been fighting the battle against COVID-19 on many fronts.

Response has been centred around three pillars: human health, recovery, and addressing the socioeconomic, humanitarian and human rights aspects of the pandemic.

Mr. Guterres reported that the UN has shipped more than 250 million items of personal protective equipment destined for health workers in over 130 countries.

The Organization placed its supply chain network at the service of Member States, and established global air hubs which have delivered nearly 70,000 cubic meters of medical goods in the past six weeks alone.

It is also supporting research into the development of an affordable and accessible “people’s vaccine” for the disease and has launched the Verified campaign to tackle “the plague of misinformation” surrounding COVID-19.

“My appeal for a global ceasefire has been endorsed by nearly 180 countries, more than 20 armed groups as well as religious leaders and millions of members of civil society. The difficulty is to implement it”, said the Secretary-General.

“My Special Envoys and I are working together to establish effective ceasefires and doing everything possible to overcome the legacy of long-lasting conflicts with deep mistrust among the parties and spoilers with a vested interest in disruption.”

The report was launched on the eve of the 75th anniversary of the adoption of the UN Charter, the founding document of the Organization.

This year’s commemoration comes at a time of “colossal global upheaval and risk”, as Mr. Guterres observed, falling as the pandemic deepens with nearly 10 million cases confirmed, climate disruption, protests over racial injustice, and rising inequalities.

Looking beyond the pandemic, the Secretary-General underlined the UN’s strong commitment to leading renewal efforts.

“We cannot go back to the way it was and simply recreate the systems that have aggravated the crisis”, he stressed.

“We need to build back better with more sustainable, inclusive, gender-equal societies and economies.”

The Secretary-General called for effective and inclusive multilateralism. He urged countries to reimagine the ways in which they cooperate, and to draw on the “indispensable contributions” of civil society, business, youth, and others.

Relationships ‘have never been more dysfunctional’“The problem is not that multilateralism is not up to the challenges the world faces. The problem is that today’s multilateralism lacks scale, ambition and teeth. And some of the instruments that do have teeth, show little or no appetite to bite, as has recently been the case with the difficulties faced by the Security Council”, he said highlighting the failure to reach consensus on crucial issues between the five permanent members.

He noted that it was “difficult to have a meaningful transformation of the mechanisms of global governance without the active participation of the world powers – and, let me blunt, their relationships today have never been more dysfunctional.”

“We need to give multilateralism the capacities to confront our challenges, not only to meet immediate needs but to enable future generations to meet theirs.”