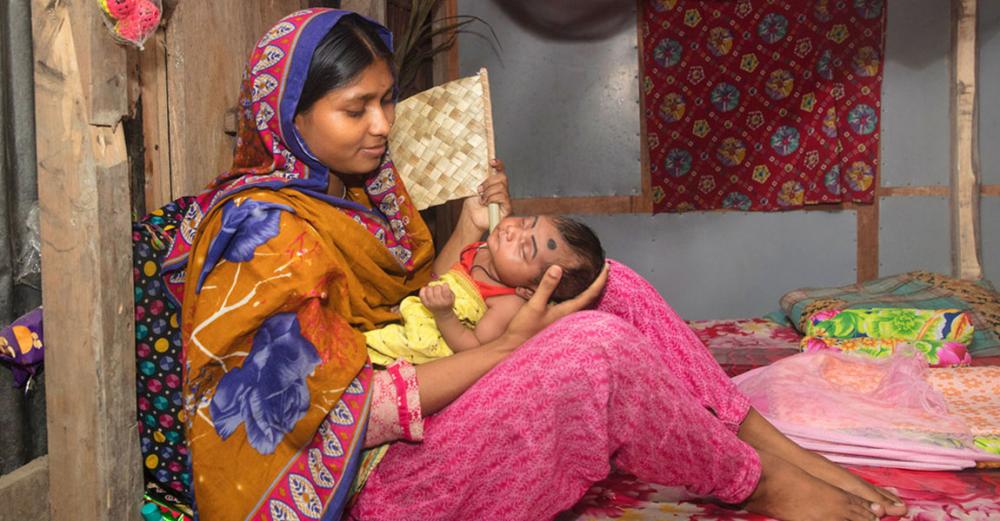 New York: Pneumonia, an entirely preventable disease, kills more children than any other illness in the world, one child every 39 seconds. But although that statistic is well known, funding to improve survival rates continues to come up short, the UN and partners warned on Tuesday, World Pneumonia Day.

“For decades the leading killer of children has been a neglected disease and the world’s most vulnerable children have paid the price”, Leith Greenslade, Coordinator of a coalition to stop the disease, said in a joint statement with the UN Children’s Fund (UNICEF) and other health leaders.

“It’s time for governments, UN and multilateral agencies, companies and NGOs, to join forces to fight pneumonia and protect these children”, she added.

In 2018 alone, pneumonia killed 800,000 children, and while deaths from other infectious diseases, including malaria, diarrhoea are falling, fatal pneumonia cases are declining at a much slower pace.

This “forgotten epidemic” is now responsible for 15 per cent of deaths in children under the age of five, and yet, just three per cent of global infectious disease research spending is allocated to the disease, the health partners explained.

In addition, the strong link between child pneumonia deaths and poverty is undeniable. Lack of access to drinking water, inadequate health care, and the burden of undernutrition and indoor air pollution are major drivers of vulnerability to the disease. Around half of all pneumonia-related deaths are associated with air pollution.

When a child contracts the disease, bacteria, viruses or fungi leave them fighting for breath, as their lungs fill with pus and fluid. The more severe cases require oxygen treatment, which is rarely available to children who need it in the poorest countries.

In Nigeria, more than 440 children die each day

These five countries alone were responsible for more than half of the lives pneumonia claimed in 2018.

The disease can be prevented with immunization, and easily treated with low-cost antibiotics if properly diagnosed, but tens of millions of children are still going unvaccinated.

Globally, 32 per cent of children suspected of having pneumonia are not taken to a health facility, and the number rises to 40 per cent in poor and low-income countries.

Only “cost-effective, protective, preventative treatment” which are able to reach children where they are “will be able to truly save millions of lives”, UNICEF’s Henrietta Fore said.

Vaccine coverage in low-income countries is now higher than the global average, Dr. Seth Berkley, CEO of the Vaccine Alliance said, however, “the fact that this preventable, treatable and easily diagnosed disease” is the world’s biggest killer of youth, “is frankly quite shocking.”

“We still have work to do to ensure every child has access to this lifesaver”, he added.

The organisations are urging governments in the worst-affected countries to development and implement pneumonia control and prevention strategies and call on richer nations and donors to boost immunisation coverage by lowering the cost of key vaccines.

In a joint call to action, the group of leading health and children’s organisations will host world leaders at the Global Forum on childhood Pneumonia in Barcelona, Spain, next January.

An estimated 18 million more health workers are needed by 2030 to prevent, diagnose and treat pneumonia as well as to reach the Sustainable Development Goal targets for Universal Health Coverage.

Photo caption and credit:
In Bangladesh, a mother holds her 27-day-old baby who has just returned home after 8 days of hospital treatment for pneumonia.