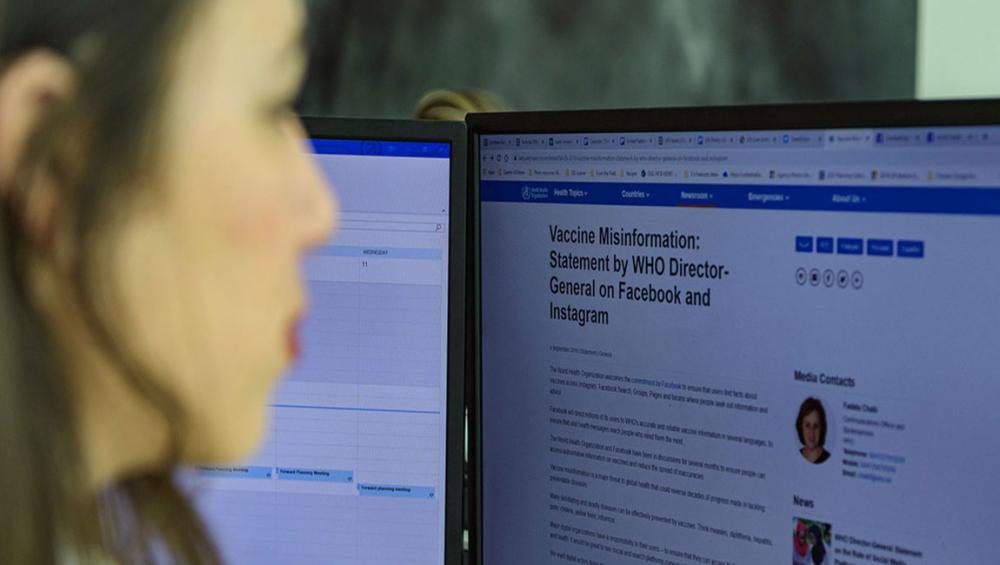 New York, Sept 6 (JEN): The World Health Organization (WHO) on Thursday welcomed Facebook’s pledge to ensure users can separate fact from fiction when it comes to vaccines, across its platforms from Facebook Search, to Groups, Pages and forums.

Following months of discussions between WHO and Facebook on the spread of inaccuracies when it comes to immunization, the social media giant has vowed to direct millions of users to “WHO’s accurate and reliable vaccine information in several languages, to ensure that vital health messages reach people who need them most”, WHO Director-General, Tedros Adhanom Ghebryesus said in a statement.

“Vaccine misinformation is a major threat to global health that could reverse decades of progress made in tackling preventable diseases”, WHO warned. Deadly and debilitating diseases such as diphtheria, hepatitis, polio and measles can be effectively prevented through vaccination.

WHO ranks vaccine reluctance, or hesitancy, among the top ten threats to global health in 2019, citing the recent resurgence in Measles this year, which saw a 30 per cent increases in cases worldwide.

With the anti-vaccination movement gaining momentum online, immunization rates have plummeted globally as much in wealthy areas as in developing countries—media reports have cited vaccination numbers in California’s Los Angeles as low as those in Chad and South Sudan.

WHO estimates that Immunization prevents 2-3 million deaths per year, and additional illnesses and disabilities from 26 vaccine-preventable diseases.

Mr. Ghebreyesus made it clear that “major digital organizations have a responsibility to their users—to ensure that they can access facts about vaccines and health.”

“It would be great to see social and search platforms come together to leverage their combined reach,” he maintained.

Just last month, the social media platform Pinterest announced it would restrict vaccine search results only to major health groups, including WHO, and the US Center for Disease Control and Prevention (CDC).

“Digital actors,” should do more to ensure the world knows “that #VaccinesWork,” WHO said, highlighting the theme of this year’s World Immunization Week, celebrated in April.

The aim is to support innovation that backs healthy behaviours, the Director-General said, “to save lives and protect the vulnerable,” adding that many children have parents who fully support vaccination as a key health measure, but “currently lack access to these life-saving tools.”

The move by Facebook “must be matched by tangible steps by governments and the health sector to promote trust in vaccination and respond to the needs and concerns of parents”, Ghebryesus stressed.


UN Photo/Manuel Elias
The World Health Organization is working with Facebook to address the proliferation of misinformation about vaccines on the social media platform. (September 2019)