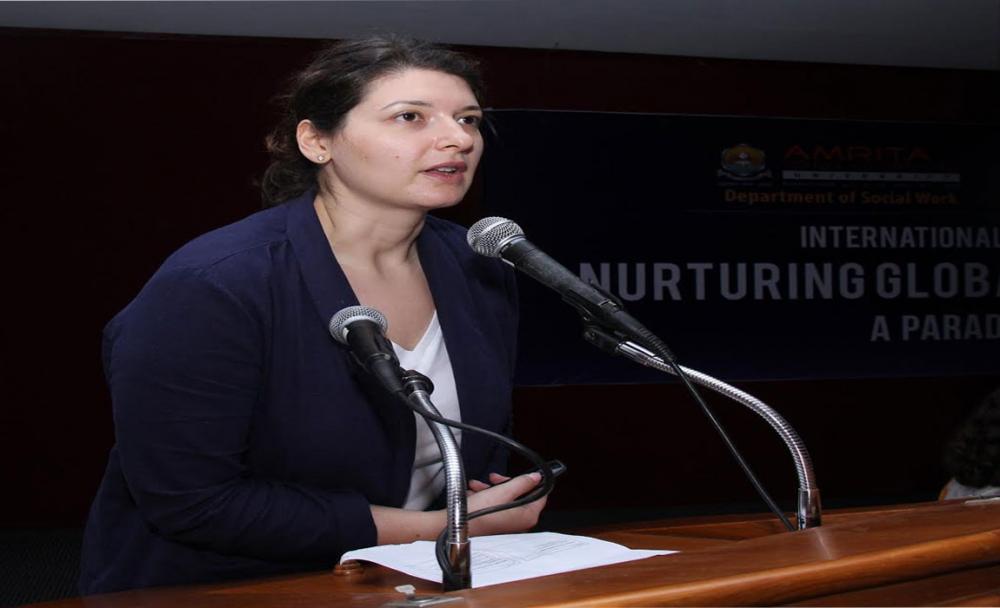 Coimbatore, Mar 21 (Just Earth News): More than 100 million people in India-over 10 percent of the population- suffer from mental health disorders such as depression and anxiety, but the society's views about these are clouded by several misconceptions, with exorcism and magic still considered a part of treatment in rural India and even some urban areas, said experts assembled at Amrita University for a three-day workshop on global mental health.

They singled out stigma as a major factor contributing to the huge burden of mental morbidity in the country, preventing as many as 80% of patients from seeking treatment.

The International Conference on Nurturing Global Mental Health was organized by Department of Social Work, Amrita University, and School of Social Work, University at Buffalo, Buffalo, New York, with dozens of speakers from all over India and the US attending.

Talking about the prevalence of mental disorders in India, MK Suja, Chairperson, Department of Social Work, Amrita University, said: “Women, children, elderly and the disabled are most vulnerable to mental disorders because of their dependency on others. Depression among pregnant women and those who have just given birth is common, and dementia in the elderly. There is also an urban slant, with the prevalence of schizophrenia, mood disorders and stress-related disorders being up to three times higher in cities than in rural areas. Overall, the prevalence of mental morbidity is almost double among males than females, though specific disorders like mood disorders, anxiety disorders and obsessive compulsive disorders are higher in women.”

MK Suja added: “Most people don’t take treatment for mental illness due to the fear of stigma, isolation or rejection. Many patients prefer to visit a psychiatrist far away from their home town because they do not want to be recognized. There is also a lack of awareness about symptoms. Any change in behavior of a person is considered temper tantrums. Another challenge is denial on part of family members that someone is suffering from mental disorders, as they fear labeling the patient.”

Suja said that Government is making efforts to address the issues: “The Mental Health Care (MHC) Bill, 2016, is landmark legislation that lays down clear responsibilities of state governments and provisions to empower individuals and families. It blocks legislation that penalizes suicide as a criminal act, fixes responsibility on authorities for rehabilitation of patients, and provides for free counseling. However, the success of this progressive law, which will replace the archaic Mental Health Act of 1987, will entirely depend upon its effective implementation. All stakeholders need to continually put pressure on the authorities for this, which can only happen when the masses are aware about mental health.”

Nancy J. Smyth, Dean, School of Social Work, University at Buffalo, New York, said that developing nations face unique challenges in addressing mental health concerns: “Modern evidence-based mental health treatments have been developed within Western cultural models, and it's unclear how well these will transfer to developing countries. These countries also face a variety of public health threats and limited resources, so mental health remains low priority for them. Finally, they have an extreme shortage of psychiatrists and other mental health professionals. For these reasons, we need to research the effectiveness of Western evidence-based treatments and explore any necessary cultural adaptations of those treatments for India.”

New developments in mental health in the West have focused on the impact of alternative treatment such as exercise, diet, yoga and meditation, and recognizing the interconnection between health and mental health. “These developments are very congruent with Eastern cultures and traditions. In addition, there are now many research initiatives underway, exploring the role of technology, especially mobile technologies, in treating mental health,” Nancy J. Smyth added.