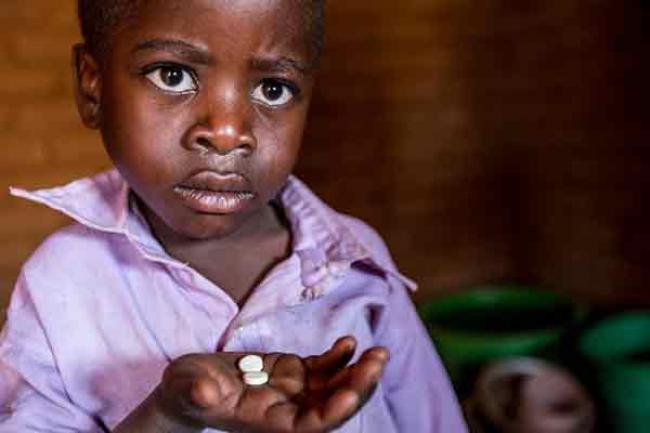 New York, July 19 (Just Earth News): An average of 29 adolescents between the ages of 15 and 19 are infected with HIV every hour, according to the United Nations Children's Fund, which is calling for a redoubling of prevention and treatment efforts.

“After all of the saved and improved lives thanks to prevention, treatment and care; after all of the battles won against prejudice and ignorance about this disease; after all of the wonderful milestones achieved, AIDS is still the number two cause of death for those aged 10-19 globally – and number one in Africa,” Anthony Lake, the Executive Director of the UN Children's Fund (UNICEF) said from Durban, South Africa, the site of the 21st International AIDS Conference which opened on Monday. While rates of new infections among adolescents have levelled off, UNICEF is concerned that projected increases in their population in the coming years will mean an increase in the overall number of infections. Girls are particularly vulnerable, making up about 65 per cent of new adolescent infections worldwide, according to UNICEF. In sub-Saharan Africa, which accounts for about 70 per cent of people in the world living with HIV, three out of every four adolescents newly infected by HIV in 2015 were girls. Yet fear of testing keeps many young people unaware of their status. Among adolescents, only 13 per cent of girls and 9 per cent of boys were tested within the last year. A new poll conducted on U-report, UNICEF's mobile-based reporting tool, shows that some 68 per cent of 52,000 young people surveyed in 16 countries said they did not want to be tested, both because they were afraid of an HIV-positive result, and because they were worried about social stigma. “The battle against AIDS will not be over until we redouble prevention and treatment efforts; until we reach those young lives still being denied the progress that millions before them have enjoyed; and until we end the stigma and fear that prevent so many young people from getting tested,”  Lake said. Meanwhile, new infections among children due to transmission at birth or during breastfeeding have decreased dramatically since 2000, dropping by 70 per cent in the period. UNICEF is calling for stepped-up efforts to fully eliminate the transmission of the virus from mother to child. In 2015, half of new infections among children between the ages of 0 to 14, occurred in only six countries: Nigeria, India, Kenya, Mozambique, Tanzania and South Africa, he noted. On the first day of the 21st International AIDS Conference, UNICEF heads a session on South Africa's achievements since 2000 towards the elimination of mother-to-child transmission of HIV, and chairs a session that will showcase the potential of mobile applications such as 'Mom Connect,' successfully used in South Africa to link pregnant women and mothers to health care, to prevent mother-to-child transmission of HIV and to improve the health of mothers and children living with HIV.