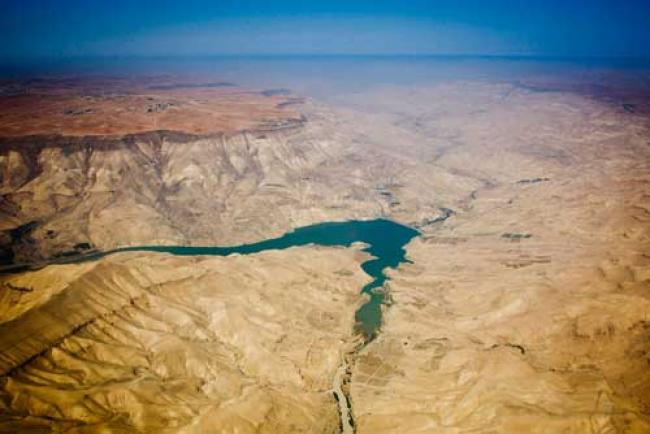 New York, Mar 18 (JEN): As Jordan struggles with severe water shortage issues â€“ ongoing drought, population growth and now waves of refugees fleeing the Syrian conflict â€“ the country is at a critical moment, said a United Nations independent expert Monday, emphasizing its need to take a holistic, long-term approach to its water and sanitation strategies.
“The existing emergency measures to the water scarcity problem are not sufficient or sustainable,” said UN Special Rapporteur on the human right to safe drinking water and sanitation, Catarina de Albuquerque, wrapping a six-day visit to Jordan.
“There must be a link between current emergency needs with a long-term, comprehensive development strategy that ensures access to water and sanitation for all people in Jordan,” she insisted.
Jordan is one of the three most water-scarce countries in the world. The severe shortage of water has been exacerbated by drought, depletion of groundwater reserves, population growth, inflow of migrant workers and climate change. This, combined with several waves of refugees resulting from conflicts in the region – the latest from Syria – has increased these pressures.
Despite these difficulties, considerable progress has been made: 98 percent of households are connected to the water network and 68 percent are connected to the sewerage network, with 98 percent of the collected wastewater being treated.
Still, said De Albuquerque, the current systems lack sustainability and affordability. She called on the Jordanian Government to make water for human consumption the highest priority over other uses and to “explicitly recognize the human rights to water and sanitation in the law”.
“The current system creates injustices,” noted the Special Rapporteur. “I met a 64 year-old man, Sulaiman Ali who has been living with his wife in his own house in a suburb of Amman for over 20 years. His house is still not connected to the water network despite his repeated applications to the water authority. He is forced to devote almost 50 percent of his monthly income to paying water tankers and sludge collection,” de Albuquerque said.
The Special Rapporteur suggested the implementation of “a new tariff system that requires better-off households to pay higher tariffs, while poorer households would be guaranteed a lower, subsidized price”. Such a system, she said, should aim at balancing water savings and adequate provision.
Noting the “generosity and real hospitality” with which the Jordanian Government and the Jordanian people are accommodating successive waves of refugees in their country, the expert urged both the Government and the international community “to further work together to shift from the current emergency stance to a proper medium and longer-term response in order to ensure the sustainable provision of water and sanitation not only to refugees but to the wider Jordanian population.”
The Special Rapporteur will present a formal report on this mission to an upcoming session of the UN Human Rights Council in September, which will include the final findings and recommendations to the Government of Jordan.
Independent experts or special rapporteurs are appointed by the Geneva-based Council to examine and report back on a country situation or a specific human rights theme. The positions are honorary and the experts are not UN staff, nor are they paid for their work.
Aerial view of Jordan, between Amman and Aqaba. Credit: UN Photo/Rick Bajornas
More Environment/Science
Photos