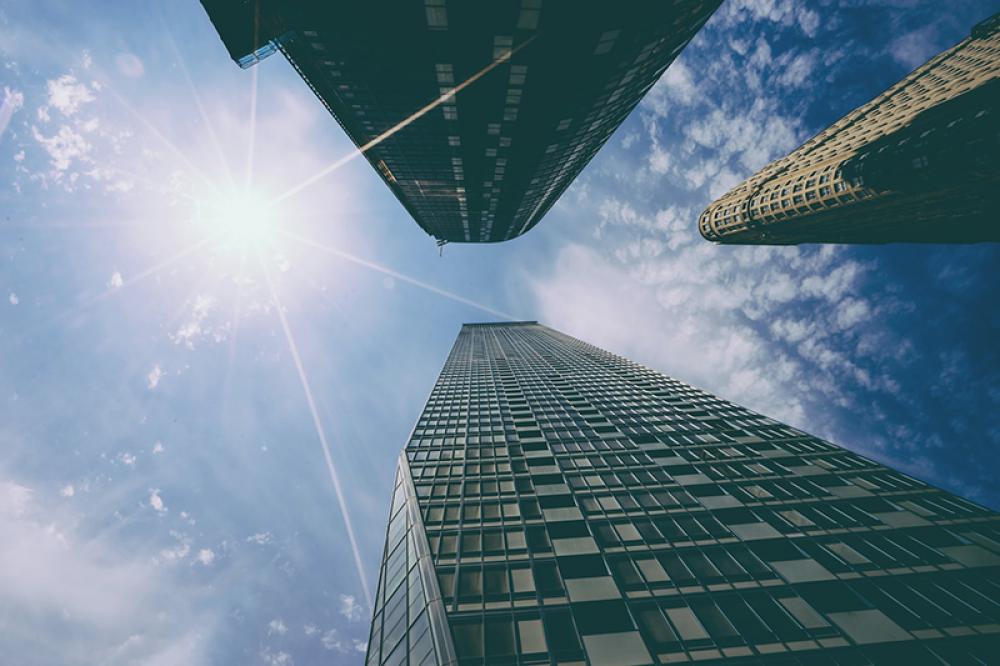 Researchers explore the relationship between heat stress and carbon emissions, and why heat waves are felt strongly in urban areas, be it the USA or India. SPAN writer Jason Chiang reports

Large cities get extremely hot during heat waves as pavements and buildings radiate heat and elevate temperatures. Add in global warming and an increasingly urban population, and the result is a dangerous combination that puts more people at risk of potentially fatal heat exposure.

Over the past 40 years, exposure to extreme heat jumped by nearly 200 percent in more than 10,000 of the world’s biggest urban areas, according to a recent study, titled “Global Urban Population Exposure to Extreme Heat,” published in the Proceedings of the National Academy of Sciences.

Over recent decades, hundreds of millions of people have moved from rural areas to cities, which now hold more than half the world’s population. Here, temperatures are higher than in the countryside because abundant concrete, asphalt and other impermeable surfaces trap and concentrate heat—a phenomenon known as the urban heat island effect. “This has broad effects,” says Cascade Tuholske, lead researcher and co-author of the study.

“It increases morbidity and mortality. It impacts people’s ability to work and results in lower economic output. It exacerbates pre-existing health conditions.” Tuholske is an Earth Institute postdoctoral research scientist working with the Center for International Earth Science Information Network at Columbia University.

His research group has combined infrared satellite imagery and readings from thousands of ground instruments to determine maximum daily heat and humidity readings in over 13,000 cities, starting from 1983 to 2016.

“Heat is often called the silent killer because we lack data on heat waves and their impacts for much of the planet,” Tuholske explains. His study defines “extreme heat” as more than 30 degrees Celsius on the WetBulb Globe Temperature scale. This is equivalent to approximately 41 degrees Celsius or 106 degrees Fahrenheit on the “real feel” heat index—the point at which even most healthy people find it hard to function outside, and the unhealthy might become very ill, or even die.

The study’s goal, Tuholske says, is to help policymakers better target strategies to protect vulnerable people. “It’s really important for stakeholders to prioritize which city needs what. Our data can show if a given city needs to plan for more people needing more services, more hot-humid days, or both.”

Studying the divide Kala Seetharam Sridhar, a professor at Bengaluru’s Centre for Research in Urban Affairs, Institute for Social and Economic Change, has been closely studying the correlation between urbanization and urban heat stress, particularly across Indian cities.

For her Fulbright-Nehru project in 2020-21, she focused on understanding the suburbanization of India’s cities, their regional variations and causes.

Like Tuholske, Sridhar sees direct linkages between growing urban areas and their overall susceptibility to urban heat stress. “The most important pattern I see in India’s cities is that the richer cities are hotter, but the poorer cities are cooler,” Sridhar explains. “High income, use of cars and their associated emissions, inadequate public transport to cater to the needs of commuters, and the methods of disposal or incineration of solid wastes, are primarily the causes of vulnerability of Indian cities to urban heat stress.”

Sridhar’s most recent research centers on predicting carbon emissions that are correlated with urban heat stress in the medium and long term for Indian cities. The Covid-19 pandemic, she says, has actually made urban heat stress effects lower by reducing commuting and forcing people to work from home.

“My preliminary estimates suggest that Indian cities may emit up to 0.82 metric tons per capita of carbon emissions by 2030 and 1.17

Looking to the future, both Tuholske and Sridhar agree that reducing emissions is the most immediate solution to battling urban heat stress. “Rapidly reducing greenhouse gas emissions is the number one thing we can do to reduce urban heat stress,” Tuholske says. “If we change our energy system, we can slow the increase in extreme heat events and thus reduce exposure. Second, direct cash transfers to the poor so they can afford air conditioning and not have to work outside during hot days can help people avoid extreme heat.”

Sridhar believes that effective mitigations can be implemented through forward-thinking building codes. “Non-polluting fuels like solar panels are being used extensively in Indian cities. There is also the concept of green buildings, which primarily refers to buildings that use recyclable materials, reduce the use of energy with the use of natural light and ventilation, and use ecologically-friendly materials.”

Ultimately, Tuholske concludes, direct action will need to be taken by leaders. “We need to invest in our cities’ infrastructure and in our poor communities to deploy adaptations at scale. This requires money. We have the tools to reduce harm from heat. We need to prioritize making a difference.”

(Jason Chiang is a freelance writer based in Silver Lake, Los Angeles.)