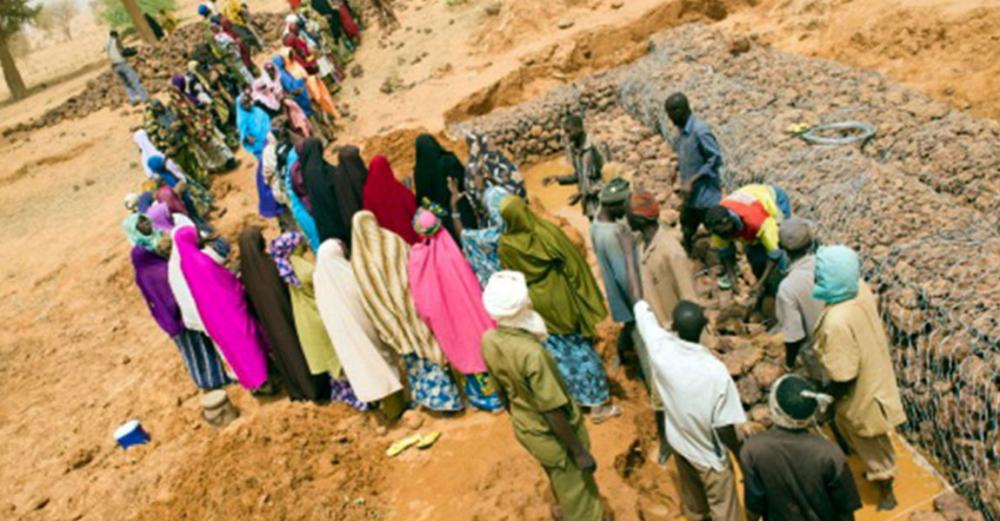 New York: Humanitarians have stepped up assistance to communities “on the brink”, who have been affected by devastating flooding in Africa’s Sahel region, where several hundred thousand people have been displaced by seasonal rains.

Niger has been hardest hit, said the UN refugee agency (UNHCR) said on Thursday, with 71 deaths reported and more than 350,000 people impacted by the floods across the country.

Needs are especially acute in the Maradi region, where the agency has helping people in areas where they must wade through waist-deep water or paddle in canoes.

In total, six sites hosting displaced people have been hit by the floods in Niger, leaving more than 9,000 in urgent need of shelter.

Some 1,900 shelter kits have been distributed, as well as other relief items including clothing, blankets and hygiene kits.

The development comes amid intense and indiscriminate violence across the Sahel that has forced more than 3.5 million to flee both within their own countries and across borders.

“Refugees, internally displaced, and their hosts were already on the brink and in urgent need of our assistance,” said Millicent Mutuli, UNHCR’s Regional Bureau Director for West and Central Africa.

“The floods bring a menacing new level of hardship, while hampering our efforts to respond to one of the world’s worst and fastest-growing humanitarian crises.”

The seasonal rains began in August and are believed to be the worst in over a decade.

In Burkina Faso, where one in five people has been displaced by violence - the country has faced dangerous water level spikes in all 13 regions, with 41 people killed and more than 12,300 households left without shelter.

Among those killed in the flooding, a displaced pregnant mother and her teenage daughter died in Burkina Faso, when their neighbour’s house collapsed onto their tent.

In addition to destroyed housing, the flooding has damaged health centres across the region.

UNHCR warned that this has impacted national responses to COVID-19 and other illnesses, such as malaria and measles. Water sources have been contaminated and latrines have flooded, fuelling fears that cholera could spread, the agency said in a statement.

Farmland has also been submerged, increasing food shortages and the vulnerability of farmers and their families who depend on harvests for their livelihoods.

In Chad, where more than 236,000 people have been affected by the floods, UNHCR and partners are providing shelter, food, core relief and health care.

In the southern province of Gore, 1,735 refugees were affected, with at least 283 households seeing their farmlands flooded and their crops destroyed.

The torrential rains have rendered roads impassable, impeding humanitarian efforts to reach affected refugees and cutting our teams off from offices in Haraze and Shari.

In eastern Chad, the agency reported that most of the homes and shelters in six camps hosting thousands of refugees near Iriba were destroyed or severely damaged.

UNHCR has distributed aid items to help those affected meet their immediate needs.

In Mali, thousands of displaced people and communities have been affected by flooding, with hundreds of homes destroyed Gao, Mopti, Ségou and Sikasso.