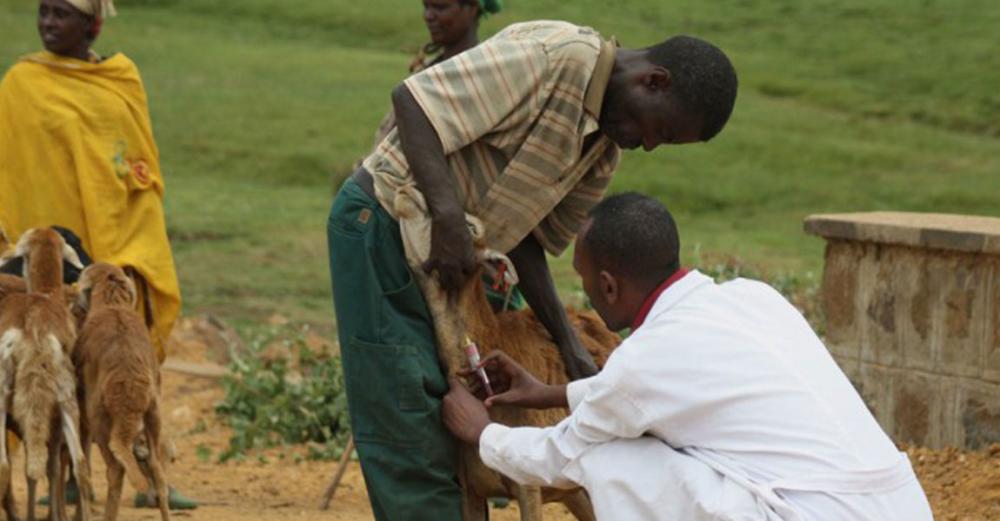 New York: The continued degradation of the environment is increasing the likelihood of diseases spreading from animals to humans, warns a UN report on biodiversity, released on Tuesday.

The fifth edition of the UN’s Global Biodiversity Outlook report, published by the Convention of Biological Diversity (CBD), provides an authoritative overview of the state of nature worldwide.

The report notes the importance of biodiversity in addressing climate change, and long-term food security, and concludes that action to protect biodiversity is essential to prevent future pandemics.

The study acts as a wake-up call, and an encouragement to consider the dangers involved in mankind’s current relationship with nature: continued biodiversity loss, and the ongoing degradation of ecosystems, are having profound consequences of human wellbeing and survival.

“As nature degrades,” said Elizabeth Mrema, Executive Director of the Convention on Biological Diversity, “new opportunities emerge for the spread to humans and animals of devastating diseases like this year’s coronavirus. The window of time available is short, but the pandemic has also demonstrated that transformative changes are possible when they must be made.”

This year’s study is considered to be particularly significant, because it serves as a “final report card” for the Aichi Biodiversity Targets, a series of 20 objectives set out in 2010, at the beginning of the UN’s Decade on Biodiversity, most of which were supposed to be reached by the end of this year.

However, none of the targets – which concern the safeguarding of ecosystems, and the promotion of sustainability – have been fully met, and only six are deemed to have been “partially achieved”.

“Earth’s living systems as a whole are being compromised”, said Ms. Mrema, “and the more humanity exploits nature in unsustainable ways and undermines its contributions to people, the more we undermine our own well-being, security and prosperity.”


Although the lack of success in meeting the targets is a cause for concern, the authors of the Outlook are at pains to stress that virtually all countries are now taking some steps to protect biodiversity, without which the state of the world’s biodiversity would be considerably worse.

The bright spots include falling rates of deforestation, the eradication of invasive alien species from more islands, and raised awareness of biodiversity and its importance overall.

However, this encouraging progress can’t mask the fact that the natural world is suffering badly, and that the situation is getting worse. Financing is a case in point: funding for actions linked to biodiversity has been estimated at between $78 - $91 billion per year, way below the hundreds of billions needed.

And this figure is dwarfed by the amount of money spent on activities that are harmful to biodiversity, including some $500 billion for fossil fuels, and other subsidies that cause environmental degradation.

Transitions to a healthier planet

Contained within the report are several recommendations, or “transitions”, which map out a scenario for a world in which “business as usual” is halted, and environmental devastation is reversed.

The design of cities also comes under the spotlight, with calls for a reduced environmental footprint in urban areas, and “green infrastructure”, making space for nature within built landscapes.

The report amplifies the UN’s support for nature-based solutions, hailed as one of the most effective ways of combatting climate change. Alongside a rapid phase-out of fossil fuel use, they can provide positive benefits for biodiversity and other sustainability goals.

And, in relation to health concerns, and the spread of diseases from animals to humans, the report calls for a “One Health” transition, in which agriculture, the urban environment and wildlife are managed in a way that promotes healthy ecosystems and healthy people.

Reacting to the report, UN chief António Guterres said that the transitions represent an unprecedented opportunity to “build back better”, as the world emerges from the immediate impacts of the COVID-19 pandemic:

“Part of this new agenda must be to tackle the twin global challenges of climate change and biodiversity loss in a more coordinated manner, understanding both that climate change threatens to undermine all other efforts to conserve biodiversity; and that nature itself offers some of the most effective solutions to avoid the worst impacts of a warming planet.”

The findings of the Global Biodiversity Outlook will be taken up by Heads of State at the UN Summit on Biodiversity, to be held on 30 September, under the auspices of the General Assembly.

The Summit will highlight the crisis facing humanity from the degradation of biodiversity, and the urgent need to accelerate action on biodiversity for sustainable development. Due to measures designed to restrict the further spread of COVID-19, the meeting will be held virtually.

A new set of targets, for the period between 2021 and 2030, is currently under negotiation, and is set to be considered at the 15th Conference of Parties of the Convention of Biological Diversity, which is scheduled to be held in Kunming, China, in May 2021.