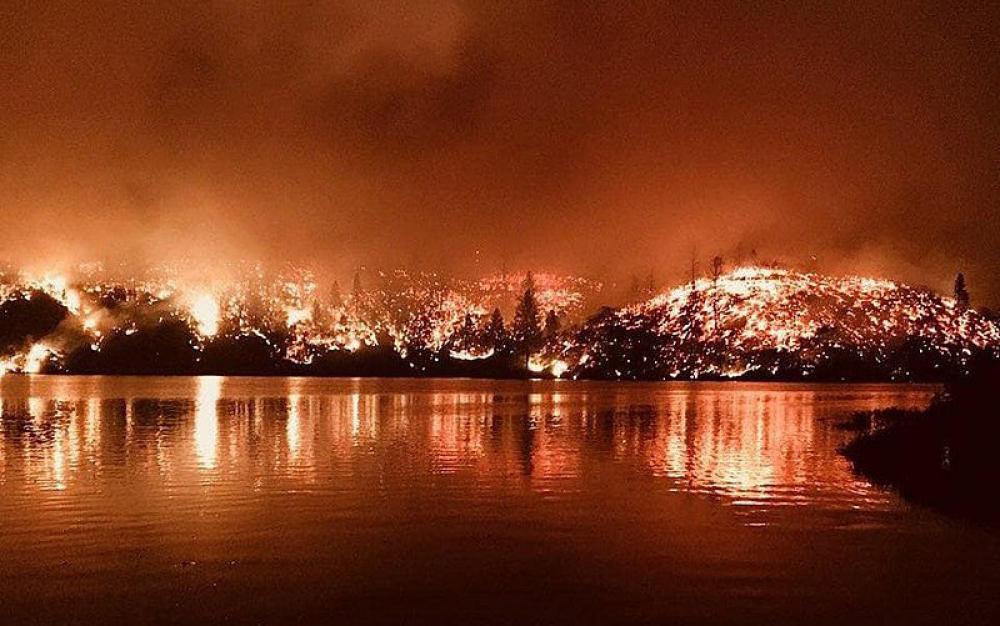 Moscow/Sputnik: The Valley Fire in San Diego County, California has spread over more than 5,000 acres, destroying multiple structures and threatening local communities, according to the California Department of Forestry and Fire Protection (Cal Fire), which says the wildfire is only 1
percent contained.

"#ValleyFire [update] The fire is now 5,350 acres and is 1% contained, burning at a critical/dangerous rate of spread. Structures are being threatened in Carveacre, Lawson Valley, Wood Valley, Lyons Valley, Deer Horn Valley and Sycuan Indian Reservation," Cal Fire said on Twitter on Sunday.

Earlier in the day, Cal Fire reported that Valley Fire was 0 percent contained and burning across 4,000 acres and that at least 10 structures had been destroyed.
According to Cal Fire, firefighters are "working against extreme temperatures, low humidity and gusty winds."

San Diego Gas and Electric (SDG&E) said on Twitter on Saturday that over 12,000 of its customers were without power because of Valley Fire, but later issued a correction saying only 1,000 customers were affected.

According to a Sunday update from Cal Fire, nearly 14,800 firefighters continue to battle 23 major fires and lightning complexes in California. Over 10,500 people remain evacuated.

Since August 15, California has seen over 900 wildfires, which have now burned over 1.6 million acres, according to Cal Fire. At least 8 people have died because of the fires and nearly 3,300 structures have been destroyed.
US President Donald Trump approved a major disaster declaration for California on August 22.

Two active wildfires in California, the SCU Lightning Complex and the LNU Lightning Complex, have become the second and third largest wildfire incidents in state history, respectively, according to Cal Fire records.