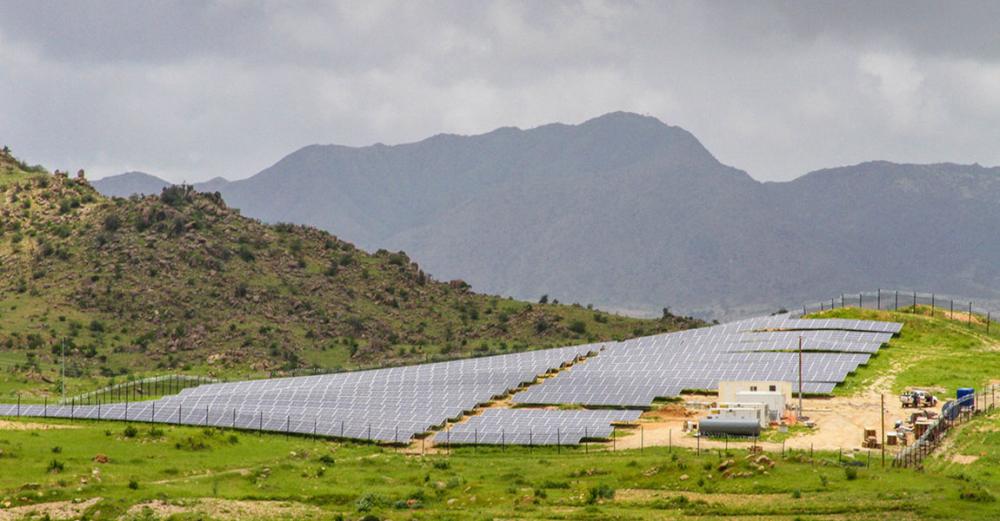 New York: UN Secretary-General António Guterres has called on governments to incorporate “meaningful” climate action in all aspects of recovery from the global pandemic.

Addressing ministers at a virtual meeting on sustainable recovery from COVID-19 on Thursday, the UN chief said that the world is confronting two urgent crises: COVID-19 and climate change.

“Let us tackle both and leave future generations with the hope that this moment is a true turning point for people and planet,” he said, in a video message.

The ministerial meeting, convened by the Government of Japan, saw the participation of senior officials from several countries, as well as representatives from youth groups, civil society organizations, businesses and local governments.

In parallel, an online portal that showcases climate and environment policies and actions in recovery from COVID-19 was launched. The Platform for Redesign 2020 will help build momentum for COP26, the UN conference that assesses progress in dealing with climate change, to be held in 2021.

The Secretary-General outlined six climate-positive actions for a sustainable recovery, including investing in green jobs; not bailing out polluting industries; ending fossil fuel subsidies; accounting for climate risk in all financial and policy decisions; working together; and – most important – leaving no one behind.

“The world’s top investors – including some in Japan – are abandoning fossil fuels because renewables are cheaper and more efficient”, he continued, adding:

“They understand that it makes no economic sense to burn money on coal plants that will soon become stranded assets.”

The UN chief also called on all countries, especially member of the G20 - the group of top industrialized nations - to commit to to carbon neutrally before 2050. He  urged them to submit “more ambitious” nationally determined contributions (NDCs) and long-term strategies before COP26 aligned with the goal to limit temperature increase to 1.5 degree Celsius.

Japan can be a world leader

Recognizing Japan’s technological development in many fields, the Secretary-General said the country can become a world leader on the sustainable and resilient recovery.

He called on Japan to stop investing in coal power plants and increase its share of renewables.

A window of opportunity

Also speaking at the meeting, Patricia Espinosa, UN Framework Convention on Climate Change (UNFCCC) Executive Secretary, said that the convergence of COVID-19 and the climate crisis has provided a window of opportunity, to not only recover from the pandemic but also to build a better future.

She called on governments to move away from new carbon intensive infrastructures. Doing so would help bring down emissions for decades to come.

Highlighting the importance of a coordinated global effort, she urged everyone to “embrace the strength of multilateralism” to recover from COVID-19, make progress on climate change agenda, and build a more sustainable future.

Speaking to an emergency meeting of G20 foreign ministers on the COVID crisis, Mr. Guterres noted the pandemic has forced “unprecedented lockdowns, travel suspensions and limited movement across borders”, adding that “concerns are growing that some of the current movement restrictions could outlast the immediate crisis.”

He flagged “five focus areas” for the discussion, urging first that they seek agreement on common objective criteria in relation to the removal of travel restrictions, based on scientific evidence.

Second, the UN chief called for “investments on systems and practices that support safe travel – in close coordination with the private sector.

Thirdly, he called for better coordination in preventive measures – “in particular more systematic use of testing and tracing and other proven actions to avoid the spread of the virus and allow for effective control of the potential impacts of increased mobility.”

Next, he highlighted the importance of full respect for international human rights and refugee law, and also called for agreement that future vaccines will be considered a global public good to be “available and affordable everywhere, supporting global health, global mobility and global economic recovery.

“All actions must recognize upholding human dignity as the guiding principle for cross-border policies.”

He said there was “a long way to go” on two key fronts: “First, in our capacity to fight the pandemic together. We have seen the results when each country pursues its own strategy, with the advice of the World Health Organization (WHO) being largely disregarded.

“When countries go in different directions, the virus goes in every direction”, he added.

“Second, we still lack effective international solidarity to respond to the economic and social impacts and the underlying fragilities exposed by the pandemic.”

He said more than ever, effective international solidarity was key – “and concerted G20 action – to advance these priority areas and build a more inclusive, resilient and sustainable world for all.”