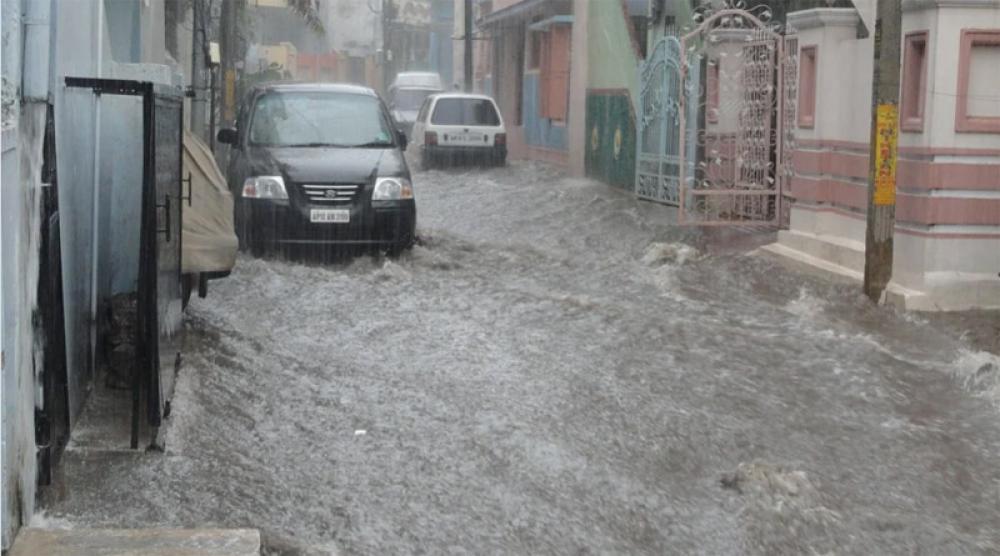 The weather office said on Tuesday that the PAF Faisal Base area of the city received 345 millimeters of rain during the recent rain spell which started pouring in the city on Monday. Previously, the heaviest downpour was recorded in 1984 in Karachi when rainfall of 298.4 millimeters lashed the city, the PMD said.

The heavy rainfall has played havoc in several parts of the city where the rainwater caused flooding, submerging streets, roads, vehicles and low-lying areas. Rain-related accidents including electrocution and roof collapse also claimed lives of four people in the city on Tuesday whereas scores of others got injured.

Chief Minister of Sindh Syed Murad Ali Shah told media that all low-lying areas across the city have been inundated by water and he has imposed a state of emergency in the city to rescue people who are stranded in their houses amidst the bad weather condition.

People from several areas were evacuated from their houses to safer places. Landslide was also reported in the city in which several vehicles were damaged and main thoroughfare of the affected area was blocked.

The Pakistani army's media wing Inter-Services Public Relations said in a statement on Tuesday night that security personnel have taken part in rescue and relief operation in Karachi and assisted civil administration to provide relief to the affected population.

The army rescue teams were also shifting affected people to safer places on boats, where they are being provided with food and shelter, the statement added.

The PMD issued a warning of urban flooding in the city prior to the recent rain spell and directed the residents to clean water drainages near their houses to avoid them from being clogged in heavy rains.

The weather office also forecasted that the spell will continue on Wednesday, and a fresh spell is also expected to hit the city in the coming days.