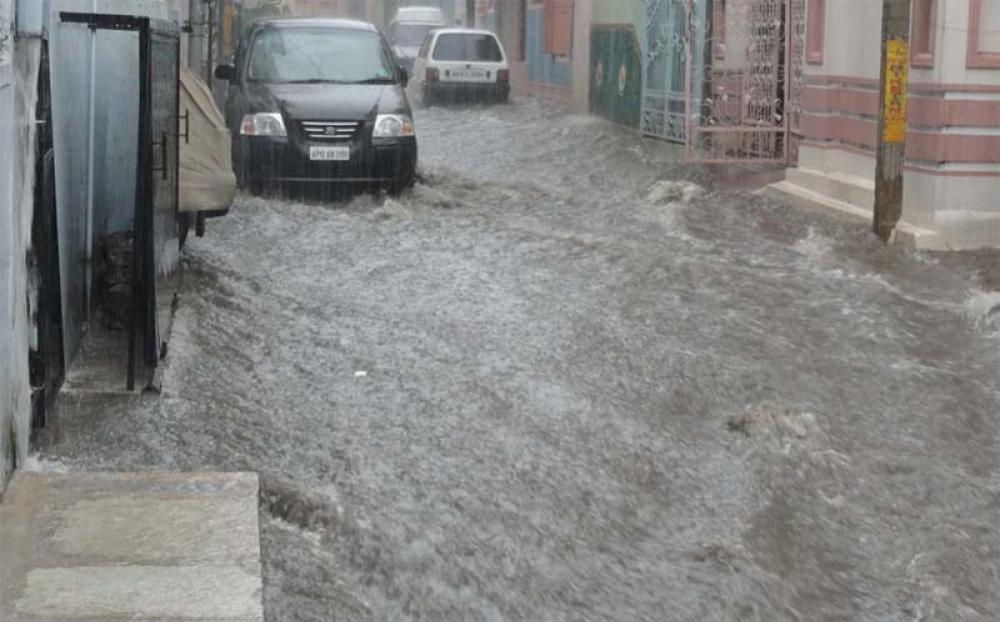 Islamabad/Xinhua: At least 64 people were killed, and dozens of others were injured in heavy monsoon rain-triggered flash floods and different rain-related incidents, during the last three days in different regions of Pakistan, said a report from the National Disaster Management Authority (NDMA) on Monday.

According to the report released by the NDMA, at least 19 children and nine women are among those who lost their lives in different rain-related incidents in areas ranging from the north to the south of the country.

The country's northwest Khyber Pakhtunkhwa province was the worst-hit region with 25 deaths followed by southern Sindh with 12 deaths and southwest Balochistan and eastern Punjab provinces which reported eight deaths each. At least 10 people died in the Gilgit-Baltistan region in the north of the country.

The flash flooding destroyed four bridges, three in Balochistan and one in Khyber Pakhtunkhwa, disconnecting road links among hundreds of villages, said the report, adding that over 300 houses were also damaged or completely destroyed.

Hundreds of soldiers of Pakistan army backed by helicopters had to rush to affected areas to assist the local rescue and relief services having inadequate resources and expertise to cope with the current emergency situation.

Deputy Commissioner of Dadu Raja Shahzaman Khuhro told media that multiple breaches developed in the flood protection bund of Nai Gaj Dam on Saturday evening, which triggered flooding in nearby villages forcing thousands of locals to rush for their safety.

"We fear that some people have lost lives in the floods. Local people have lost their livestock and the summer cotton crop," said the deputy commissioner, claiming that all roads and communication networks in the district had been affected.