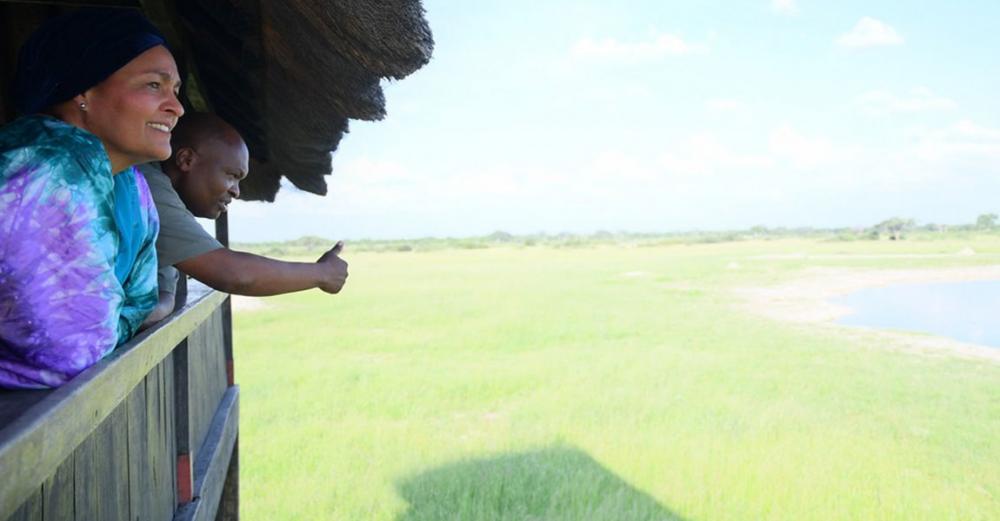 As global temperatures continue to rise and the world seeks solutions to stem the tide, the deputy UN chief visited Hwange National Park, which, at 14,651square kilometres, is almost half the size of Belgium.

"We have seen what climate change is doing to our environment and livelihoods”, she said. “We saw how the park is hounded by climate change; the way in which Hwange is hot, the water, and even animal migration and people”.

A privilege to visit #Zimbabwe’s largest national park—its rich population of mammals & bird species are however being challenged by climate change. The Hwange team is taking action, including the introduction of solar pumped watering holes to counter climate-induced drought!

With unreliable weather patterns resulting in less rainfall, Hillary Madhiri of the national parks and wildlife office said that more than 400 bird and 150 mammal species – 45,000 of them elephants – are suffering.

Key issues include conflict between humans and wildlife, lack of water, loss of habitat, limited resources, population management and community partnerships to preserve the park.

Madhiri maintained that of all the problems "climate change is our biggest challenge".

He said that in spite of the park’s use of green technologies and sinking over 100 boreholes to save the animals from literally dying of thirst in the dry season, more still needs to be done.

The Deputy Secretary-General is in Zimbabwe to attend the 6th Africa Regional Forum on sustainable development, which begins on Monday and runs in Victoria Falls until Thursday.

Mohammed said she would participate in the discussion on the Regional Coordination Mechanism between the UN and the African Union.

The focus will be on the elements needed to accelerate action on the ground for nations to achieve the goals of Agenda 2063 – Africa's master plan to transform the continent into a global powerhouse – and the 2030 Agenda for Sustainable Development – the blueprint for peace and prosperity for people and the planet.

"What a better place than Zimbabwe to show the kind of leadership that we would like to see in transforming Africa through the Agendas 2063 and2030," the UN deputy chief said.