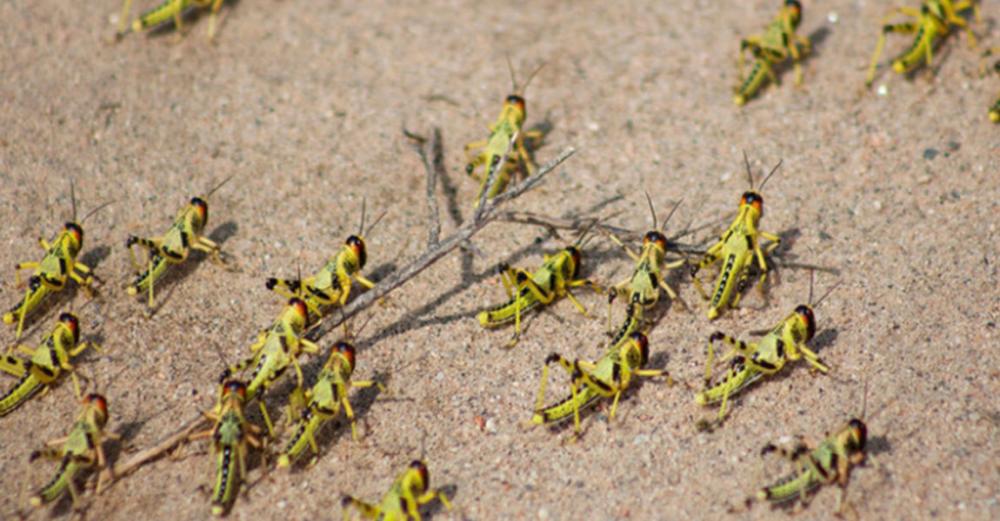 New York : With the rainy season fast approaching, countries in the Horn of Africa are in a race against time to tackle a Desert Locust invasion amidst ongoing humanitarian challenges, the United Nations warned on Monday.

The infestation in Kenya is the worst in 70 years, while Somalia and Ethiopia are experiencing their worst outbreaks in 25 years, putting crop production, food security and millions of lives at risk.

Swarms crossed into Uganda overnight, and Tanzania and South Sudan are now “on the watch list”, the UN’s top humanitarian official reported.

“In this region where there is so much suffering and so much vulnerability and fragility, we simply cannot afford another major shock. And that’s why we need to act quickly”, Mark Lowcock told ambassadors, during a briefing at UN Headquarters.

“We do have a chance to nip this problem in the bud, but that’s not what we’re doing at the moment. We’re running out of time.”

Locusts are the world’s oldest and most destructive migratory pest.

An average swarm, which contains up to 40 million insects, can travel up to 150 km in a single day and can devour enough food to feed 34 million people within that time.

The current infestation is threatening food security in Kenya, according to the country’s UN Ambassador, Lazarus O. Amayo.

“It is also a challenge for pasture, especially our communities that keep livestock,” he added.

“The herders will have a real challenge of pasture, and this may also cause movement from one place to another in search of pasture, with inherent risk of communal conflict over pasture or grazing land or passing territories.”

The locust threat comes as the region is recovering from what Mr. Lowcock described as recent “back-to-back shocks” which have undermined resilience, with some 19 million people at risk of experiencing severe food insecurity.

Somalia and Sudan faced a famine threat in 2017, but communities have also weathered poor rains, drought, and floods in the past two years.

“It is these weather events which are creating the environment to facilitate the current locust outbreak”, Mr. Lowcock explained.  “Unusually heavy rains and increase in the frequency in cyclones in the Indian Ocean have created favourable conditions for the locusts to breed.”

So far, only around $20 million has been received; roughly half of which came from a UN emergency fund.

“Without rapid action, we will be facing a rapidly expanding humanitarian crisis. The Desert Locust swarms are growing exponentially”, FAO Director-General Qu Dongyu warned in a video message.

Lowcock, the UN humanitarian chief, also underscored the urgent need for action, particularly as the rainy season begins in March.

“I’m calling on the countries concerned, the international community, the donors, to step up and to step up now,” he said.  “There is a risk of a catastrophe. Perhaps we can prevent it; we have an obligation to try. Unless we act now, we’re unlikely to do so.”