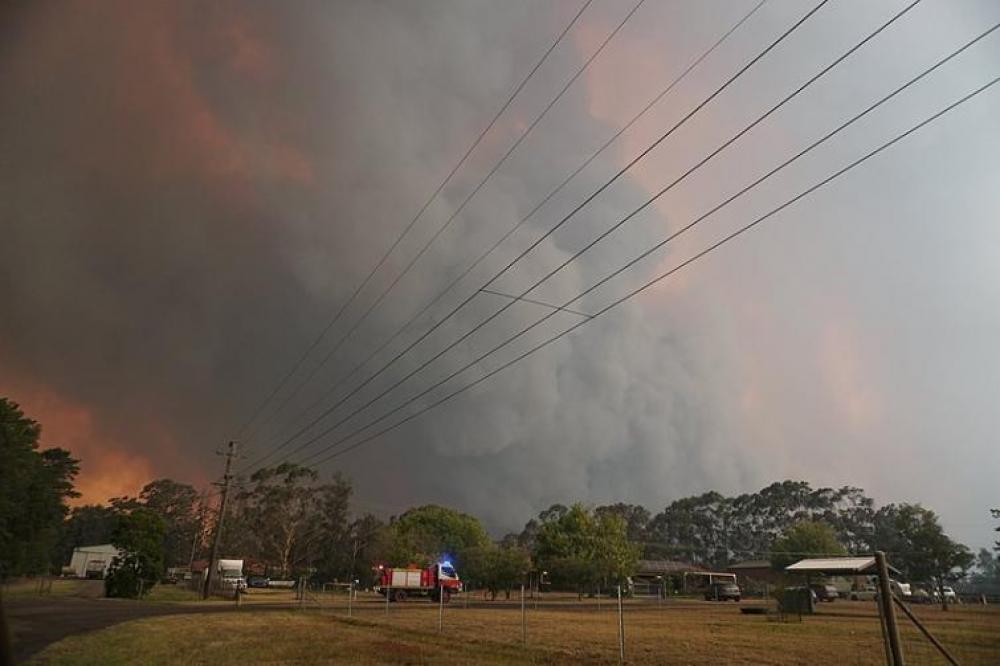 Canberra/Xinhua: Australia's science minister has said that people arguing over the existence of climate change and its impact on bushfires are wasting time.

Minister for Industry, Science and Technology Karen Andrews said that unnecessary debate over the cause of Australia's bushfire crisis is distracting from recovery efforts and the development of new mitigation strategies.

"Every second we spend discussing if climate change is real is a second we don't spend addressing these issues. Let's move on and get over this," she said, according to the Sydney Morning Herald on Tuesday night.

Andrews will on Wednesday convene a meeting of Australia's top scientists who will be tasked with developing a response to the "devastating and surprising" fires.
"My starting position in the discussion will be that the climate has changed and it continues to change," she said.

"We need to focus on the steps to adapt and mitigate the impact of those changes." Prime Minister Scott Morrison on Tuesday committed to adapting to the changing climate.

"The longer, drier and warmer seasons that we're seeing are a reality and so while you take your actions as part of a global effort on emissions reduction, the practical thing that actually can most keep you safe during the next fire or the next flood or the next cyclone are the things that most benefit people here and now," he told reporters in Canberra.

"So climate resilience, climate adaptation, the fact that over the next 10 years, it's a fact that we've got longer, hotter, drier summers means we have to prepare practically as we have been and need to do so more in the future."