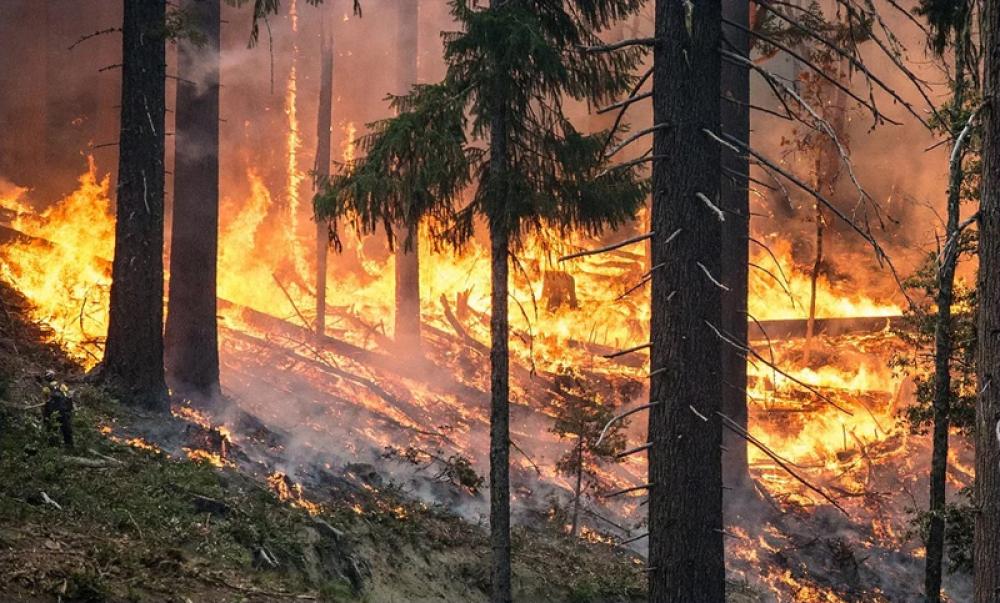 Sydney: Australian authorities have said that two bushfires that are currently ravaging the nation might merge to form a "mega blaze"  on Friday, media reports said.

The merger might take place close to the border of New South Wales and Victoria.

A spokesman for the New South Wales (NSW) Rural Fire Service told the BBC the merger of two fires - both of which are out of control - was "imminent" and expected at about 8pm (09:00 GMT).

In NSW, over 100 bushfires are burning.

NSW Rural Fire Service tweeted: "At 6pm there are 137 fires burning, 66 are not contained. In the field are more than 3,300 firefighters. Conditions continue to be difficult this evening. An forecast gusty southerly change could cause erratic fire behaviour over many firegrounds."

Since September, at least 27 people have died in Australia's bushfires, which have destroyed more than 10.3 million hectares nationally, reported BBC.

Firefighters from the US, Canada and New Zealand to help crews in their fight to bring the flames under control.