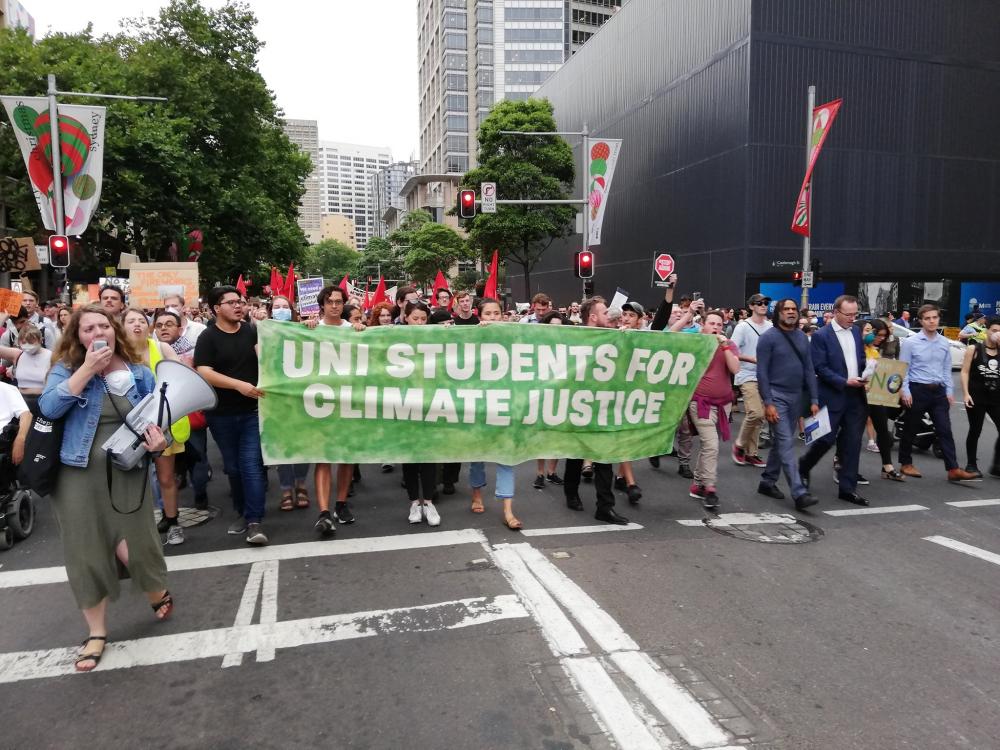 Sydney: Slamming the Australian government's 'criminal negligence' on the bushfire crisis, thousands of activists will participate in protest marches across nine cities in the country on Friday.

Australia is hit by worst bushfire incidents in recent times as the tragedy has claimed 27 lives so far, media reports said.

The protest marches will take place in several Australian cities including Melbourne, Sydney, Brisbane and Perth.

The protests will be staged by national student organization Uni Students for Climate Justice.

Australian PM Scott Morrison has faced heavy criticism for his climate policies and response to the fires. Several of Friday's protests are under the slogan 'Sack Scomo', reported CNN.

Speaking on their rally, the Uni Students for Climate Justice said in a Facebook post: "We're protesting this Friday because we're outraged about our government's criminal negligence about the bushfire crisis, exacerbated by climate change. We are protesting to give a voice to the tens of thousands of people who want real action on climate change and real funding for relief services."

"Dozens of people are dead, up to a billion animals. Millions of hectares have been burnt to ashes and over a thousand homes lost. People are trapped and choking on smoke. Governments have known this would happen for decades. We refuse to watch while the government’s negligence allows this crisis to continue without real action," read the post.

The organizers claimed that thousands of people are going to attend the rallies.

"The rallies on Friday are going ahead. Tens of thousands of people around the country have said they plan to attend. We all deserve a chance to make our voices heard. See you all Friday," it said.