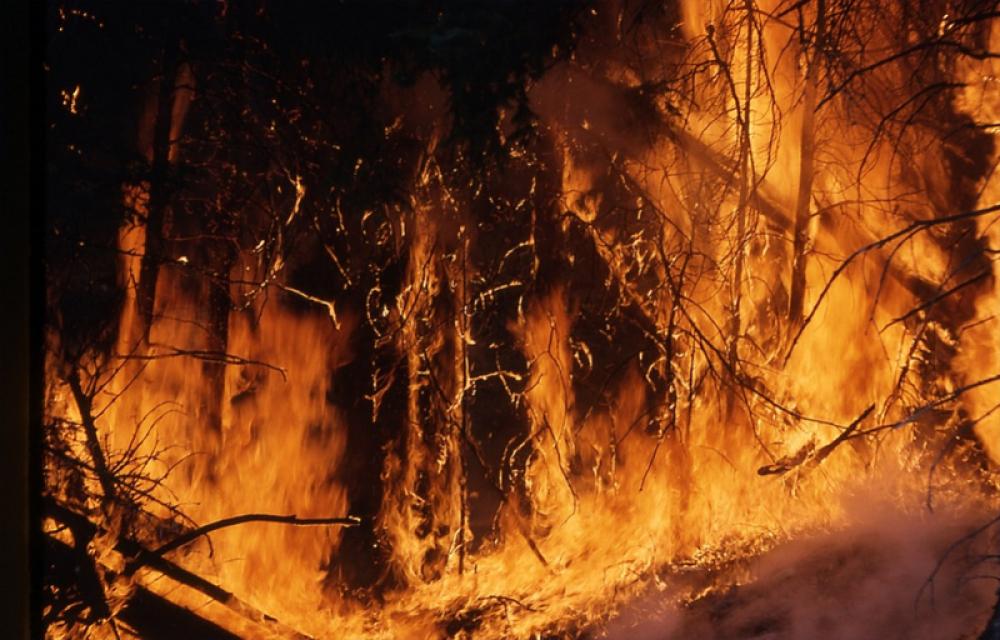 Sydney/Xinhua/UNI: A 28-year-old Australian volunteer firefighter has been killed battling a blaze on the border of New South Wales (NSW) and Victoria State when a freak weather event upended the truck he and two others were traveling in.

Responding to the Green Valley fire in Jingellic, the crew were trying to save livestock that had been trapped in the blaze.

"The crew decided to move away from that area and, quite unexpectedly, very suddenly, they experienced extreme winds and what could only be described as a fire tornado that lifted the back of the truck, fully inverted it and landed it on its roof, trapping three people, three crew that is, and unfortunately, one of them fatally," NSW Rural Fire Service (RFS) district manager Superintendent Patrick Westwood said on Monday evening.

"The driver was a veteran captain of 35 years plus experience."

"He thought he was in the right spot - as he was from what I can understand - and just this freakish weather event that would have to be seen to be believed and even then other veteran firefighters who don't believe what they saw, engulfed that vehicle with flame, fire, and strong winds and literally picked up an eight-ton truck and flipped it over."

With the two other men now recovering in hospital after being badly burnt, experts say the incident was caused by the weather phenomenon known as a pyrocumulus, or "fire cloud."

Westwood explained this occurs when smoke from a fire or volcano becomes so large that it begins to create its own weather system.
"That cloud became very unstable," he said.

"It had a height of around 8,000 meters and unfortunately, it appears to have collapsed during yesterday's deteriorating weather, causing erratic fire behavior and erratic winds at the foot of the fire in all directions."

With the death toll from Australia's unprecedented wildfire season now standing at 10, the Premier of Victoria Daniel Andrews said on Tuesday that there are also grave fears for four others who remain missing in the Gippsland region where over 30,000 people were evacuated Monday.

Scorching hot temperatures of over 40 degrees Celsius and high Winds has seen fire fronts in this area tear through more than 200,000 hectares of dense forest in the past few days, leaving thousands trapped.

In the coastal holiday town of Mallacoota, around 4,000 people, who are cut off from the highway, are preparing to put on life jackets and enter the ocean as bushfires bear down on them.

With no way for emergency responders to get to the isolated community by land, the Victoria State government is now looking at a marine rescue operation involving the military.

"We've made some requests to the Australian Defense Force (ADF) for their support, both in terms of making damage assessments but also some of these isolates communities can be accessed by sea," Andrews said.

"We'll have discussions with ADF to discuss how best to use their resources ... I wouldn't rule anything out there."
Meanwhile on the south coast of NSW, the town of Batemans Bay is also besieged by bushfires.

According to the NSW RFS, there are three people who remain unaccounted for in this area.

In total there are 16 emergency level fires burning in both NSW and Victoria.