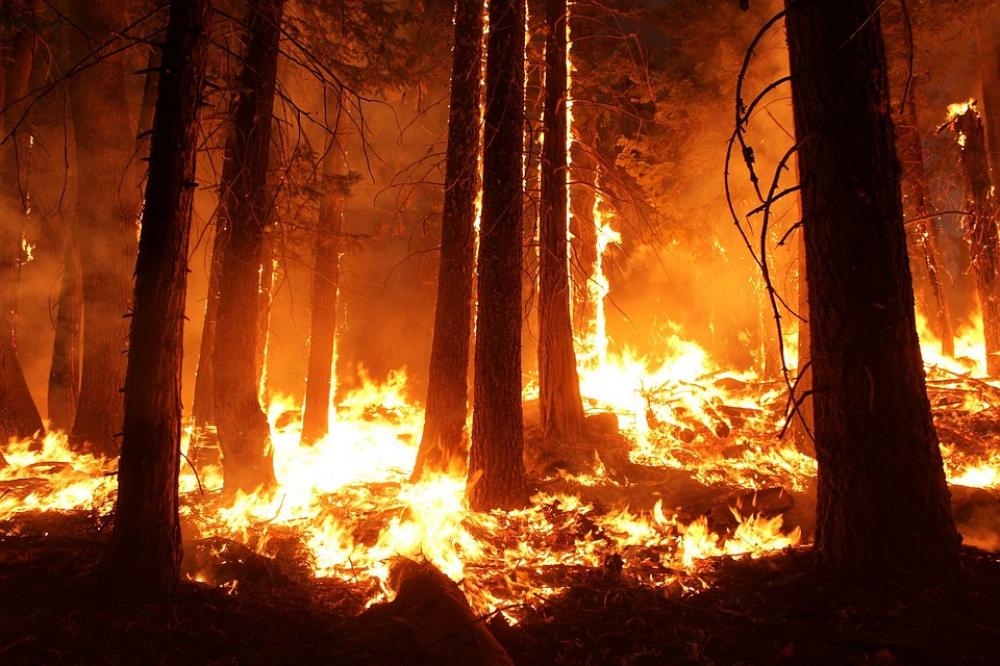 Sydney/Xinhua: Over 30,000 people had been told to evacuate Australia's East Gippsland region before 9 a.m. local time on Monday, as soaring temperatures and high winds are expected to fan the flames of three enormous wildfires which have already burnt through 130,000 hectares of forest.

"Everyone in East Gippsland must leave the area today due to the fire danger," Victoria State's Country Fire Authority (CFA) posted to social media.

"Do not travel to this area. It is not possible to provide support and aid to all the visitors currently in the East Gippsland region."

A popular destination during the Christmas period for hikers, campers and families on holiday, the area in the Gippsland Valley affected by bushfires is over 15,000 square kilometers.

"Its always a tough decision when you're asking a lot of people to leave an area," Andrew Crisp, the Commander of Emergency Management Victoria told the Seven Network.

"However it's based on the evidence. We have a forecast today that it is going to be hot, it's very, very dry and it's going to be very windy, so we have dangerous conditions and we don't want people to be in East Gippsland."

Expecting temperatures around 43 degrees Celsius and wind gusts of 35 kilometers per hour, Crisp said because conditions are going to radically deteriorate as the day goes on, it's now too late to leave.

"If you are not out by 9 o'clock, then you have to stay where you are because there is every chance the highways could be cut off," he warned.
"We almost saw that yesterday afternoon. A new fire at the Cann River, we saw that fire travel 26 kilometers overnight with a column that was punching 14,000 meters into the air, creating its own weather."

Known as a pyrocumulus cloud, Australia's Bureau of Meteorology explained the phenomenon of "fire clouds" can cause dry lightning which authorities fear may the spread the blaze even further by igniting more bushland.

Over 550 forest firefighters have been dispatched in response to the emergency, along with 300 CFA volunteer firefighters.

There are also 70 planes and helicopters with water-bombing capabilities on standby for the emergency response efforts.